This morning, I headed back up to the Greenstone for my hike to Hatchet Lake.  The climb back up took only 10 minutes, and I wasn’t going very fast.  The Greenstone was pretty comfortable.  The weather report indicates it got up to 63 that day.  It was a very nice hike with varied surroundings and some good views.  Blow-down was light, and the swampy areas were a little less frequent.  I enjoyed looking for the cairns wherever I crossed extensive rock outcroppings.  There was one steep (short) ascent where I came on a relatively big garter snake.  This one was kind of close to my face because of the steep trail.  I backed off a bit, but all it did was hiss and stay where it was.  No way to go around it.  I used my trekking poles to give it its first lesson in how to fly (a survivable lesson I hope). 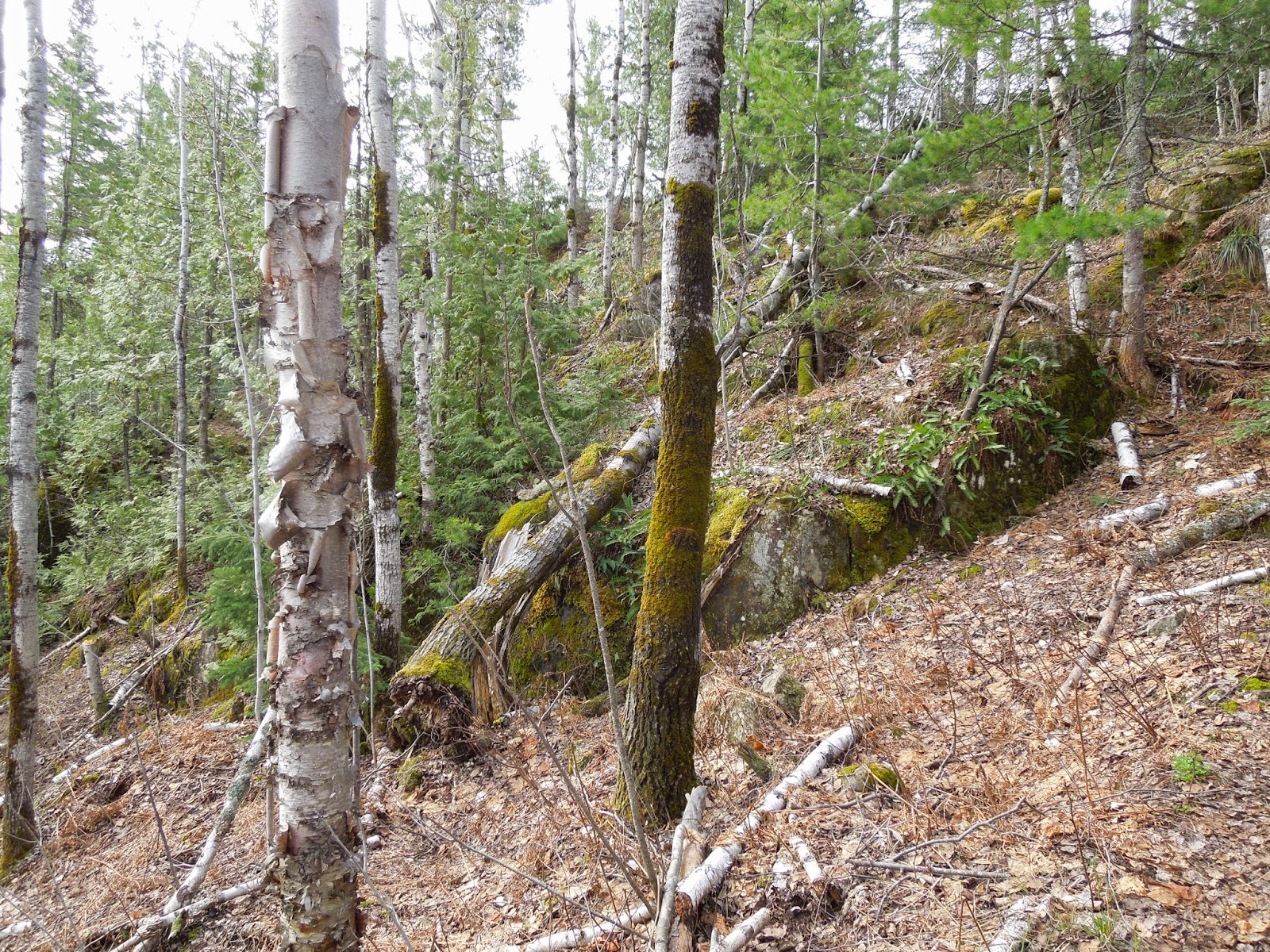 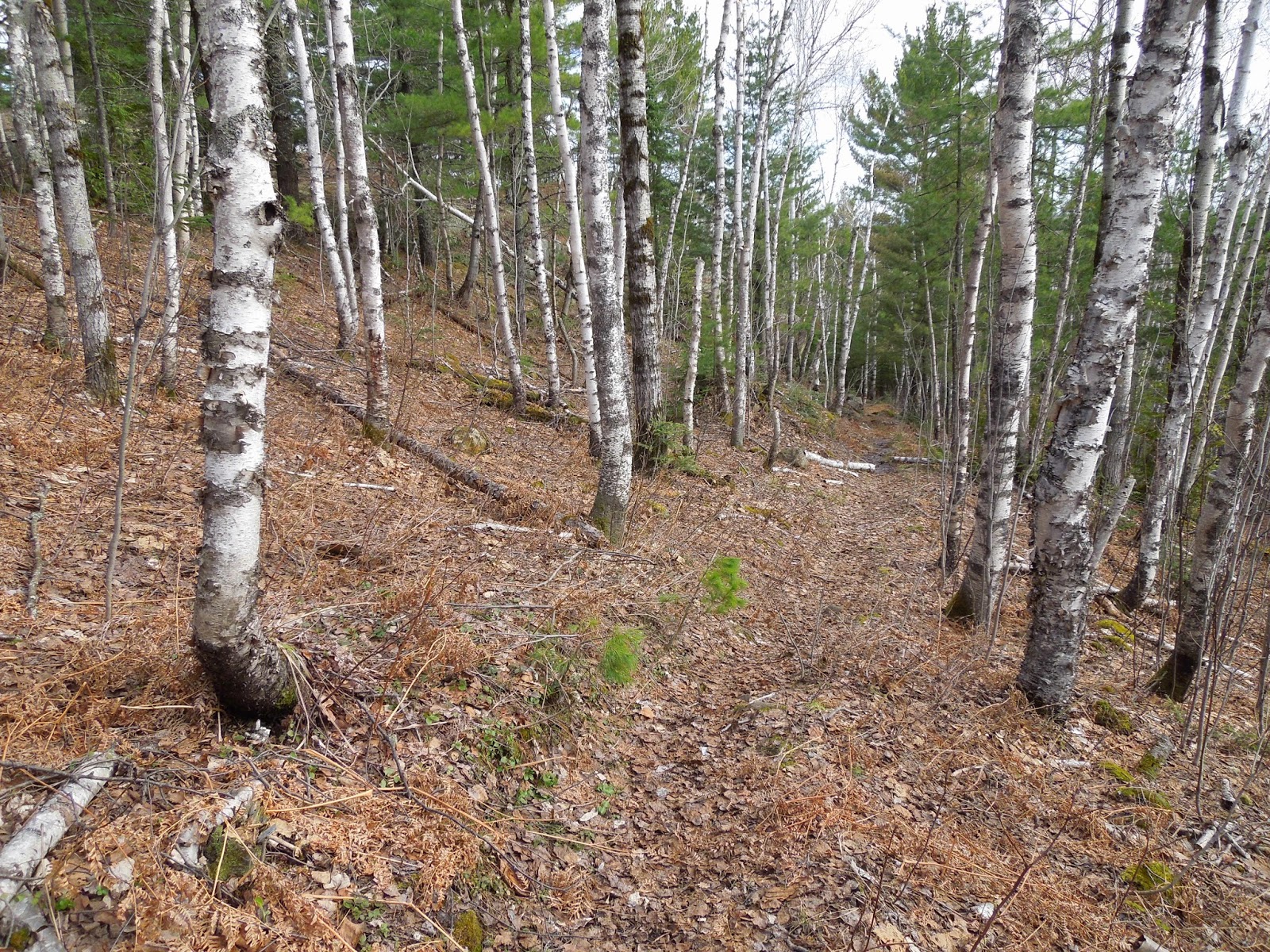 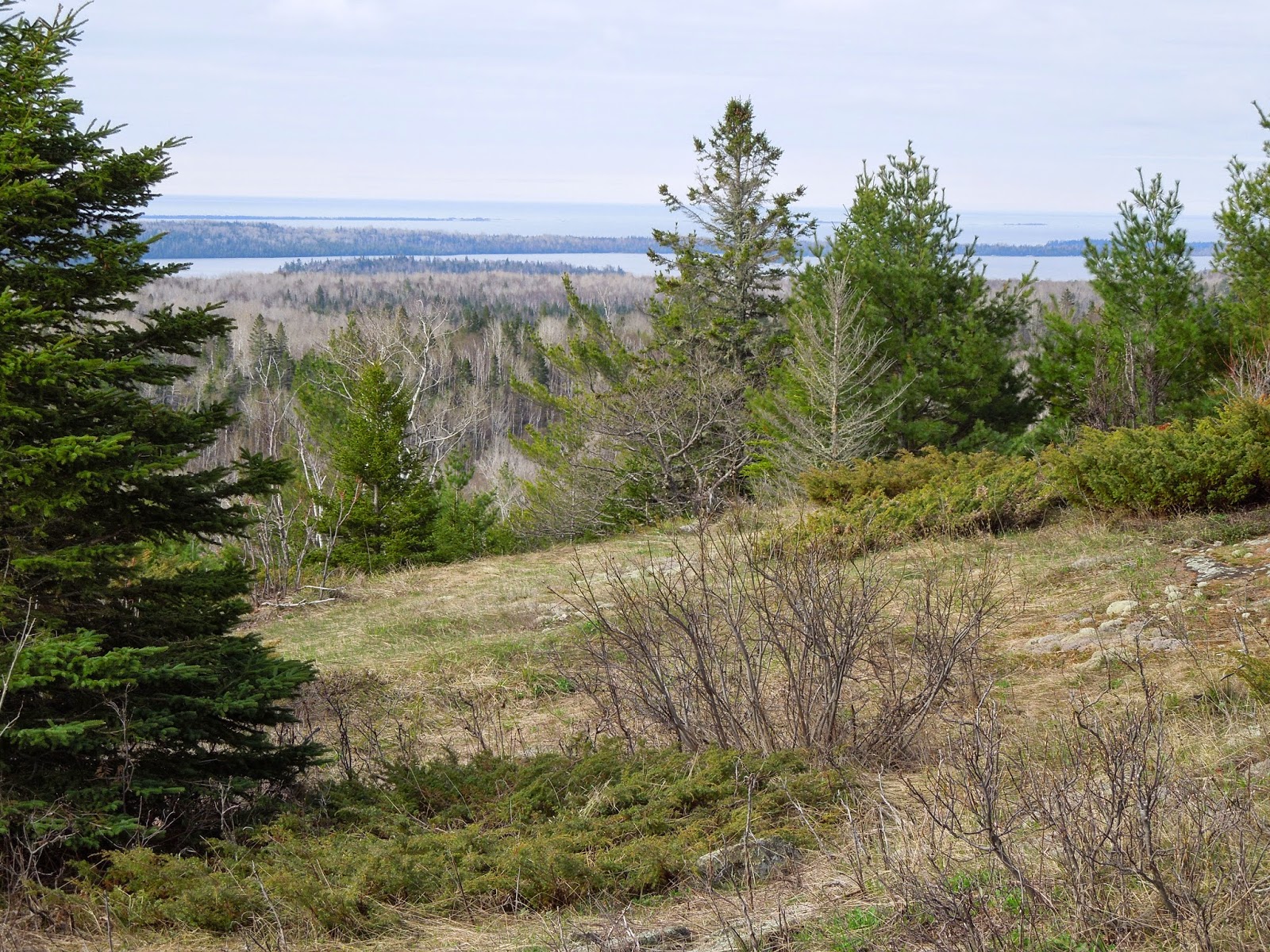 The less admirable part of this hike was a couple of foot problems.  I developed a blister on the first toe of my left foot and a hot spot on my right ankle.  I taped both, but had to lance the blister that evening.  I did find out that old (or cheap) duct tape is bad for backpacking.  The last half of my tape separated the backing from the adhesive and was unusable.  Both foot problems cleared up in a couple of days.

I headed down to the Hatchet Lake campground from the Greenstone trail post.  It was a fairly nice descent.  But after the left turn upon reaching the lake, the trail became one long swamp.  I didn’t select the recommended site this time, but looked for the flattest site.  The trees here gave the impression of more storm impact, it just wasn’t as pretty a camp site as the others.  The drop from the lake side trail to the lake for water was also kind of steep.  At the lake though, there were some nice boulders to use to access the water.  Plus, there were ducks and loons (I think) on the lake this time.  I had heard them before, but only saw them far off on Chickenbone and not at all at Lane Cove or Daisy Farm.  Nobody else seemed to be at the campground.  By the way, on my exit the next day, I noticed the group site approach to the lake for water access was a lot easier than the one I used. 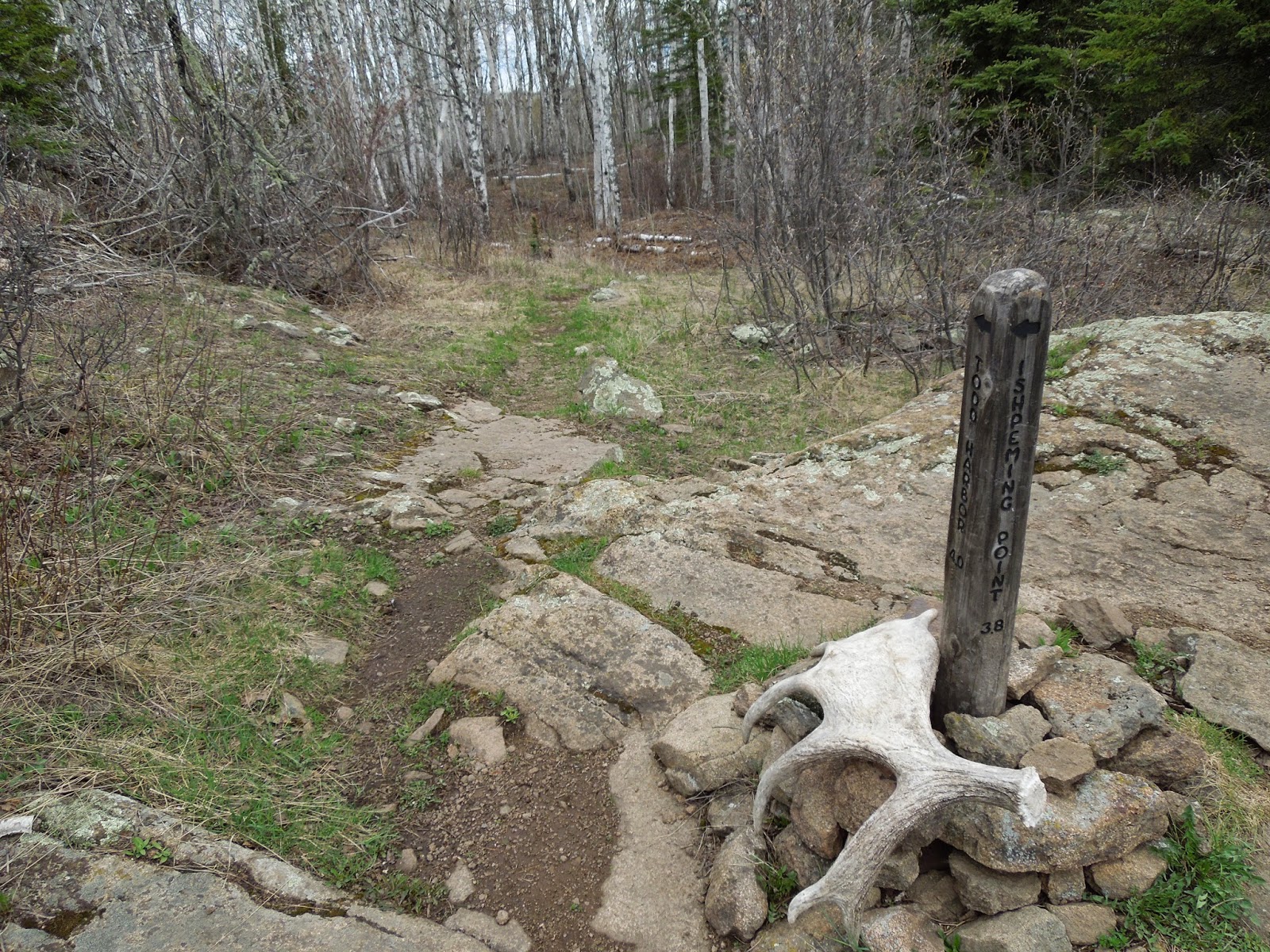 This was my last night with the tent.  It was muddy ground again.  And I concluded I would rather use the shelters and minimize hassle.  While I liked the shelters, it felt way too much like cabin camping.  I’m sure it minimizes impact on the environment, but it also encourages high traffic due to the easy and almost car-camping experience. 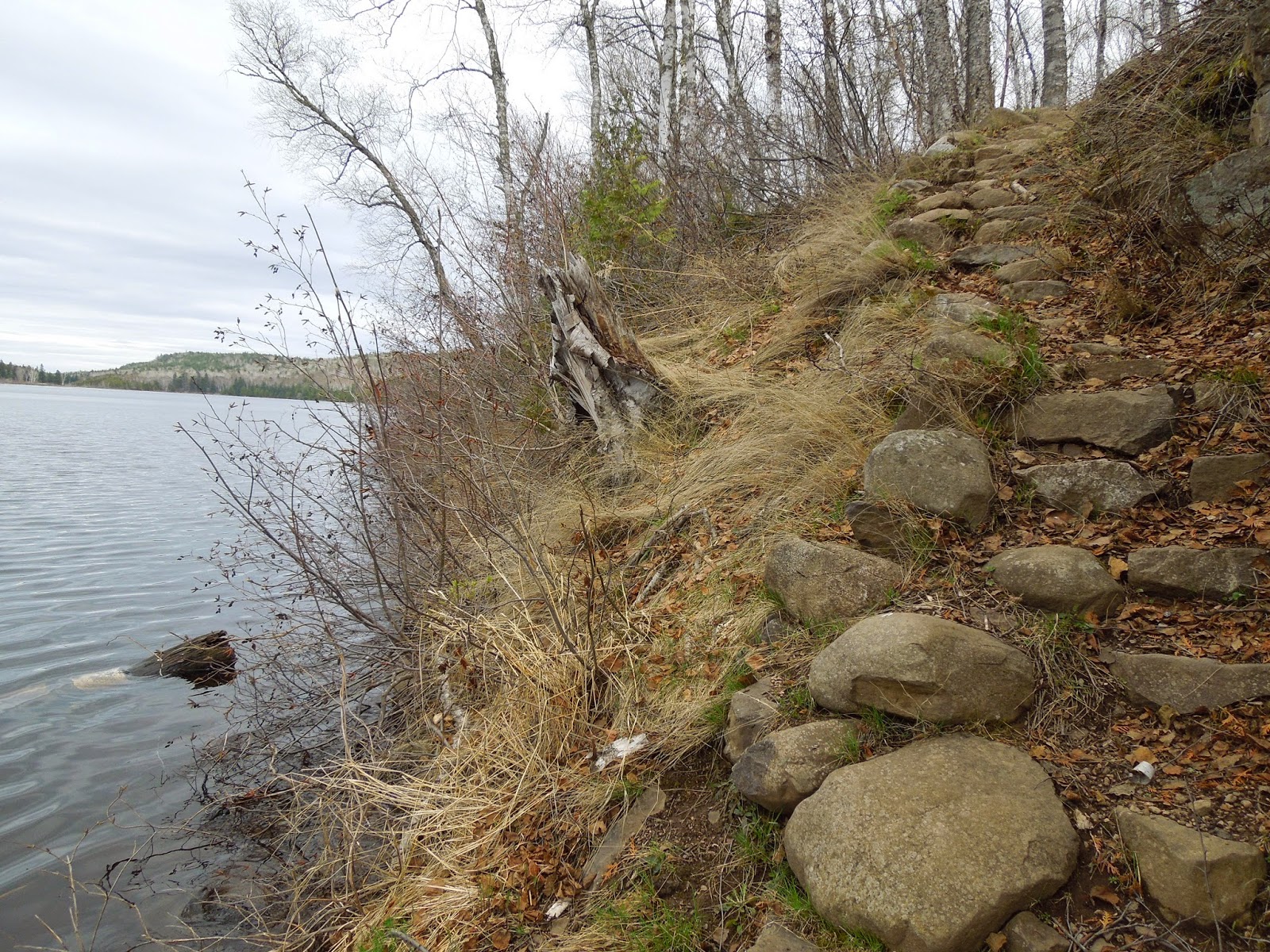 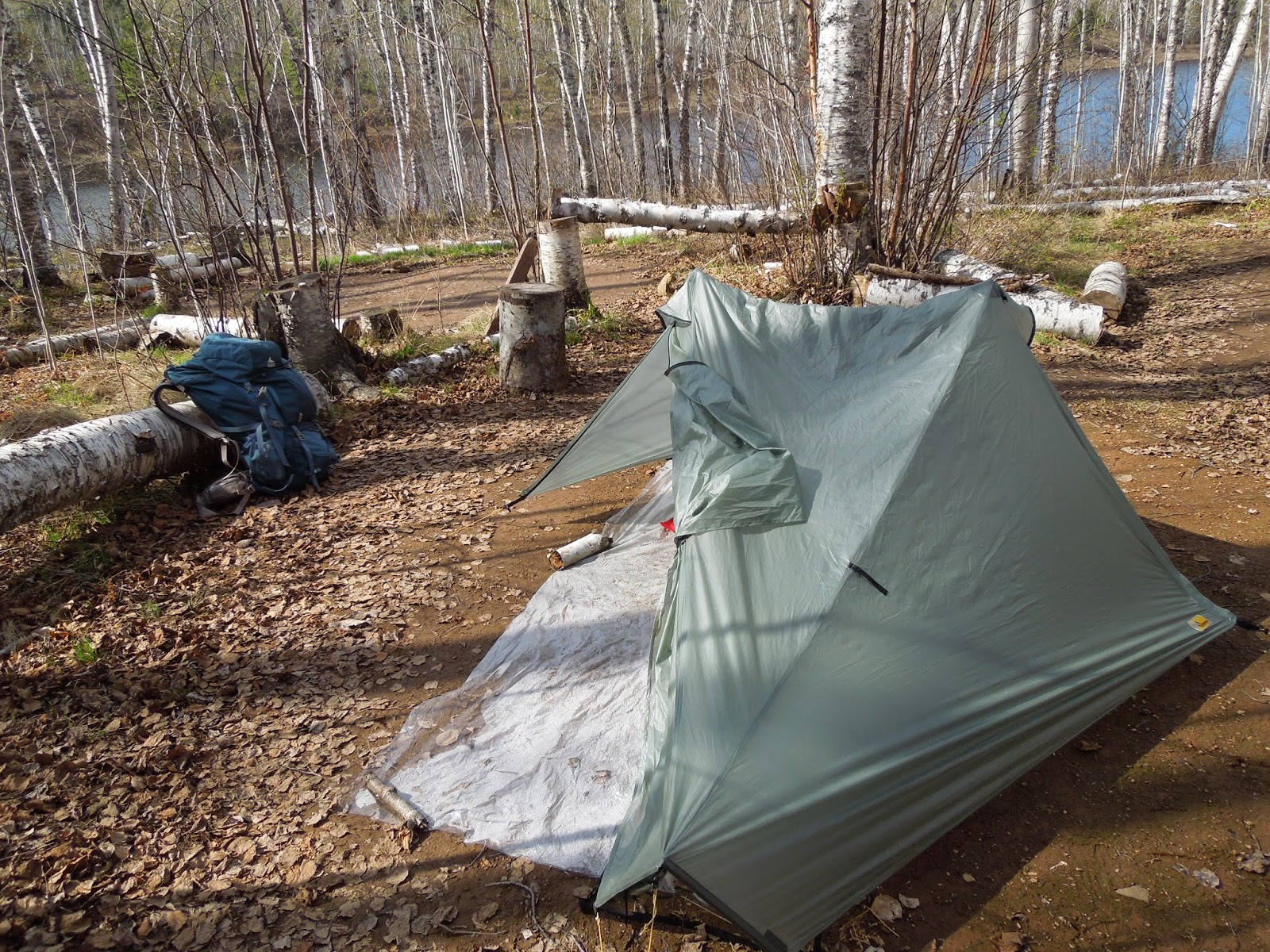