Today, we planned to use the trail system to take a loop through a bunch of lakes at an altitude just below the 9,600 foot plateau.  The expectation was up and down on a nice trail.  And that’s what we found.  The scenery was beautiful.  But the weather was cooler and pretty windy.

They told me that R1 had caught a decent sized trout the night before.  I didn’t get to see pictures till after the trip was over.  But it was nice sized.  R1 was also trying some unusual configurations for his tarp.  Here's one near the lake we camped at. 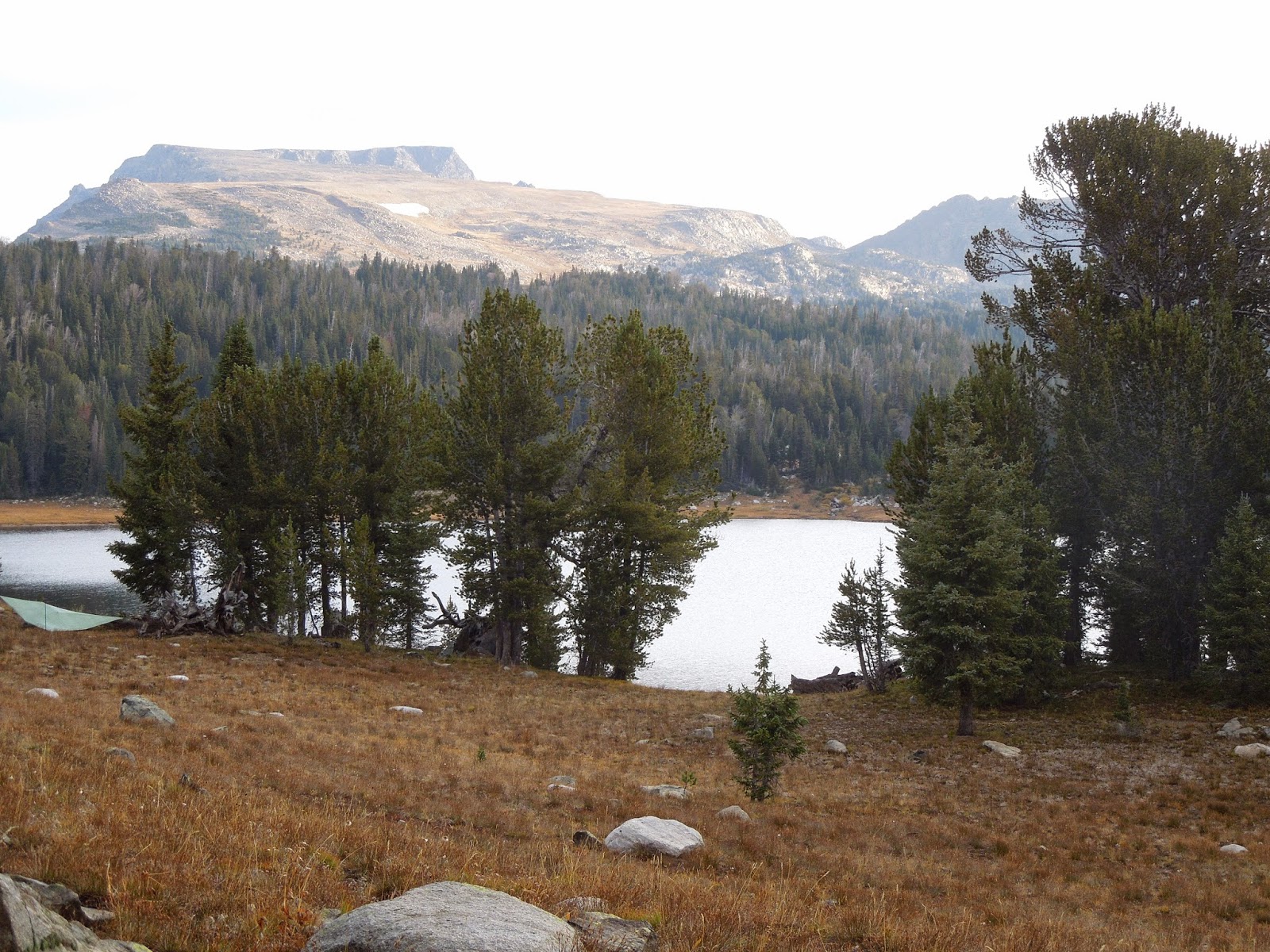 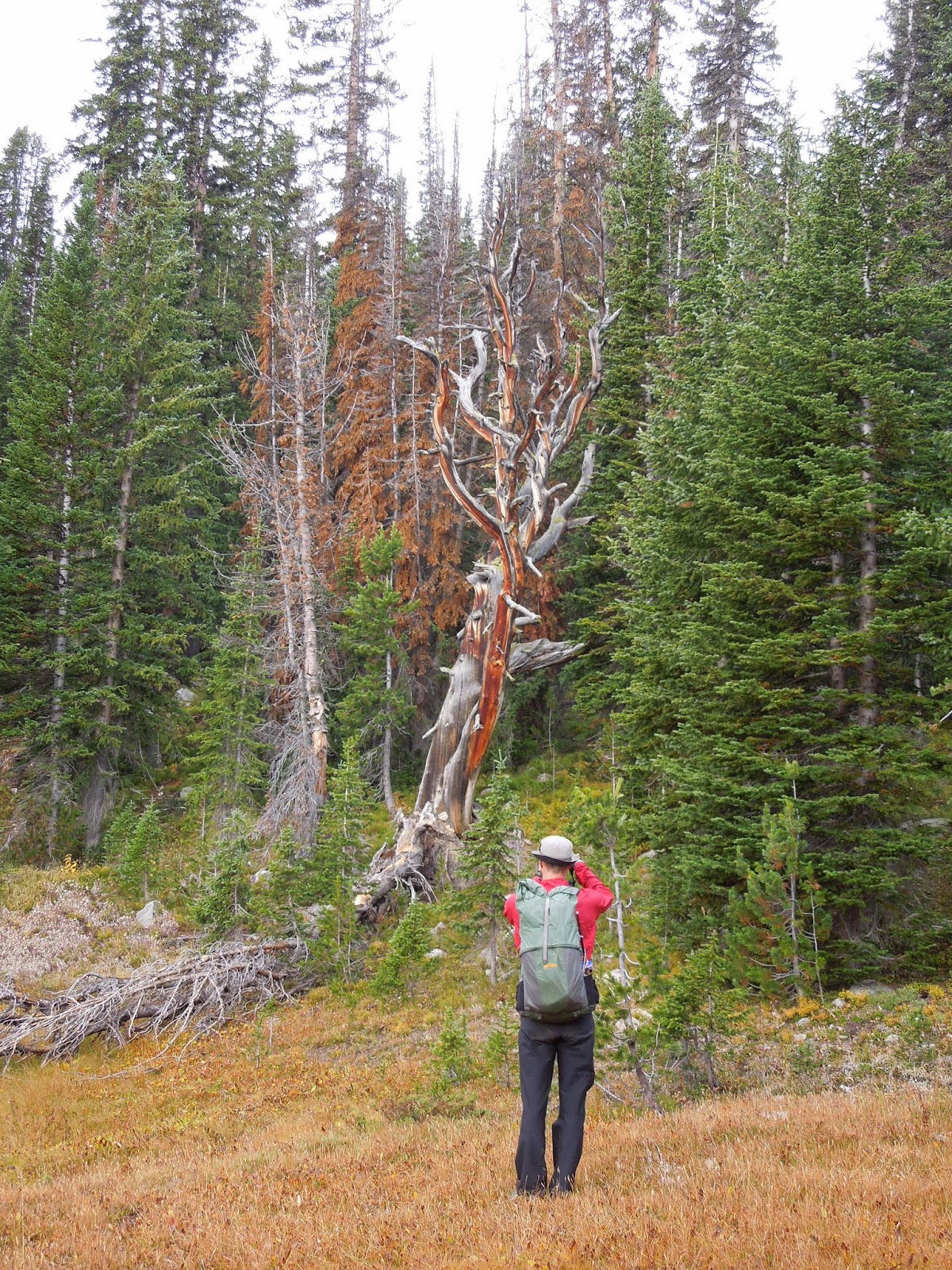 We got to one really nice lake about mid-morning and we all decided to fish.  N3 of course had no pole and just hiked around the lake and up the hill behind it.  I actually waded this morning near R1 and we went about a ¼ around the like, with no luck!  The wind was making it hard to get the fly out on the lake, and nothing was hitting.  After a snack, we all moved on.

R1 fished a lake or two without me and M2 after that.  After one particularly long lake, we got to some scenic pools in the stream just before the next lake.  I actually saw some trout in one pool and pulled out my rod.  I got hits each time I put the fly on the surface of the pool.  But the only one I pulled in was only a few inches long. 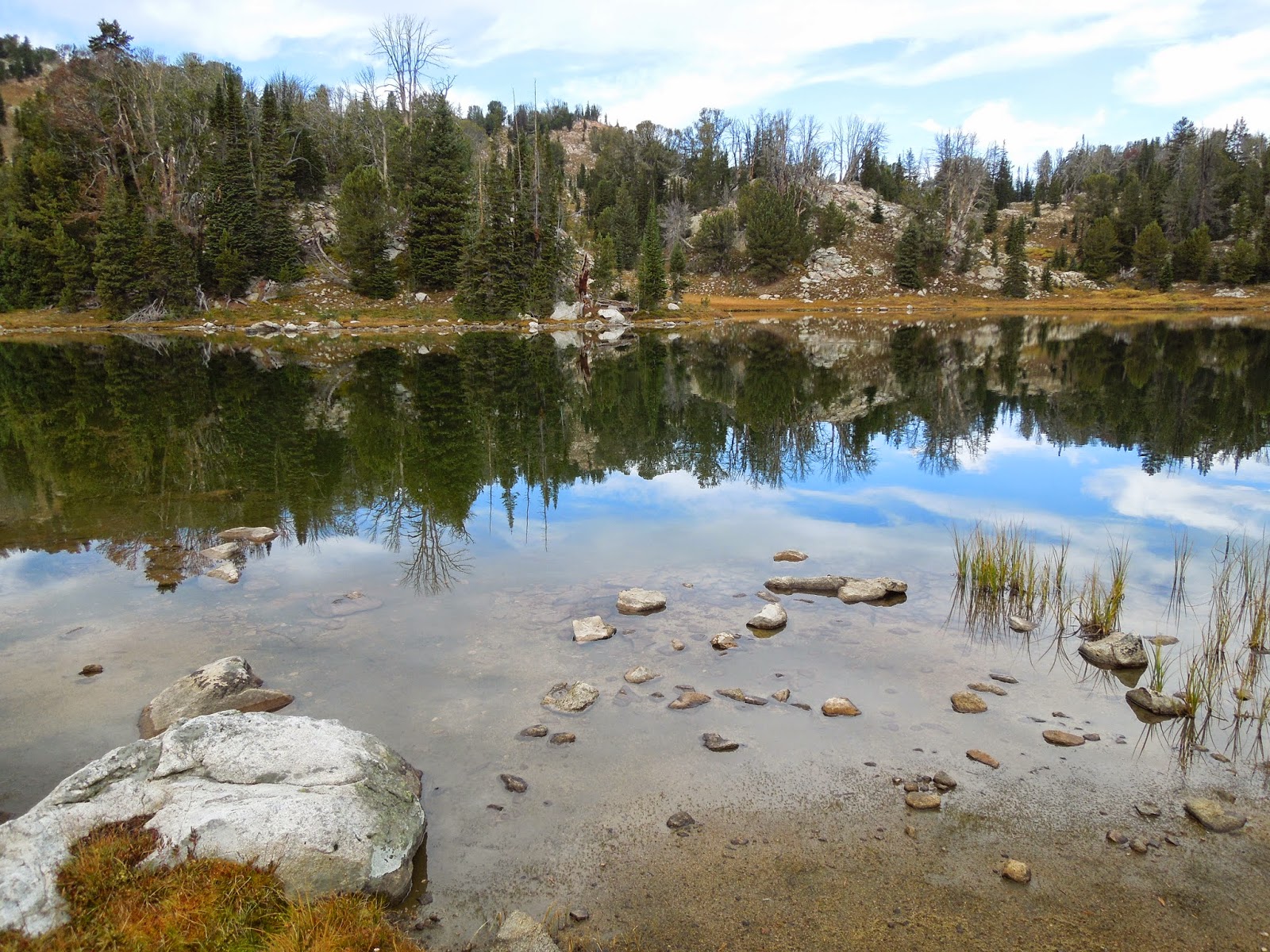 M2 went down to the next pool.  They told me he landed one much larger than mine.  But when I saw the picture later it was actually even smaller than mine! 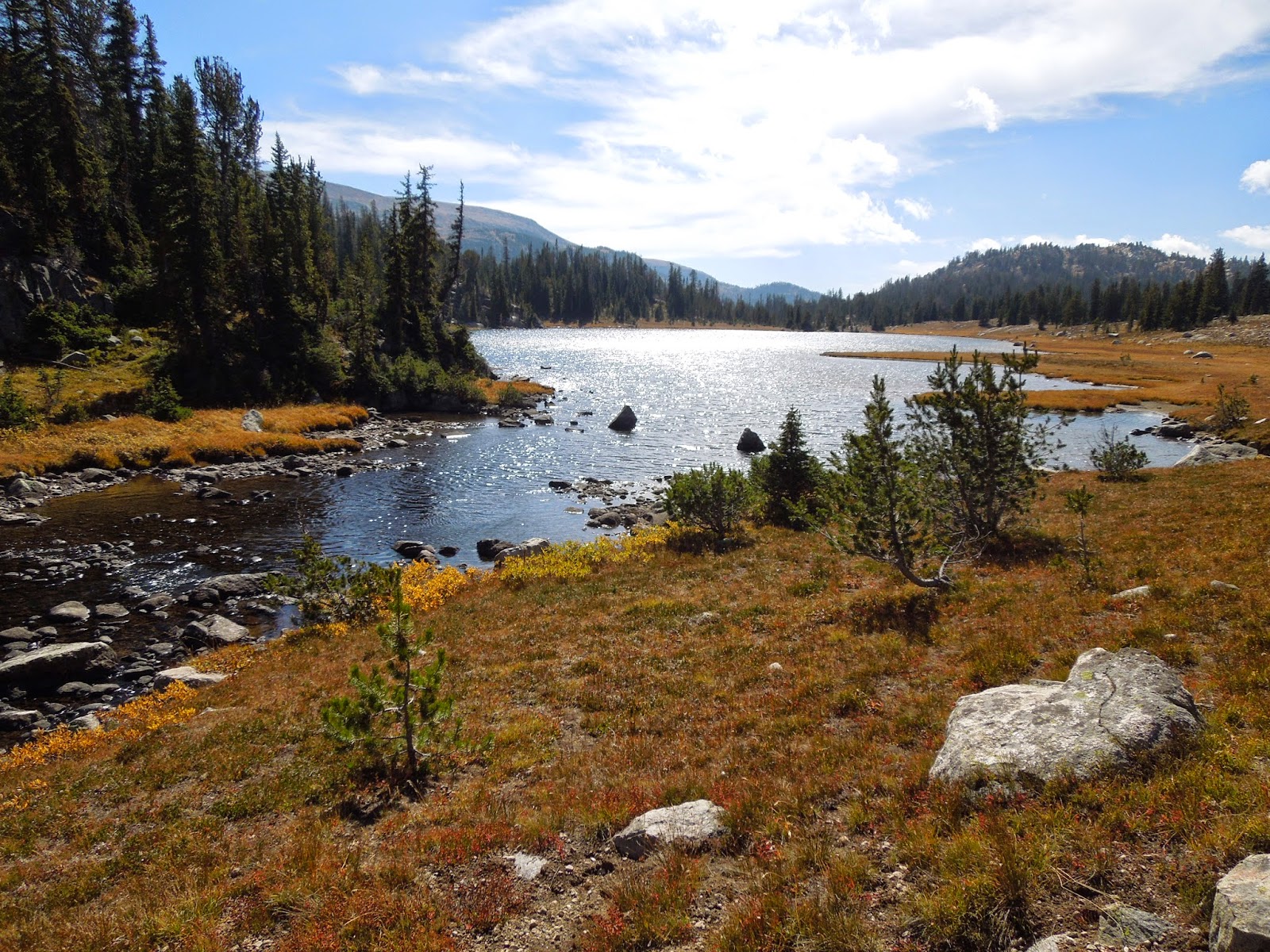 After that, we hiked for most of the rest of the day without fishing.  We passed a number of small lakes, going up and down over hills. 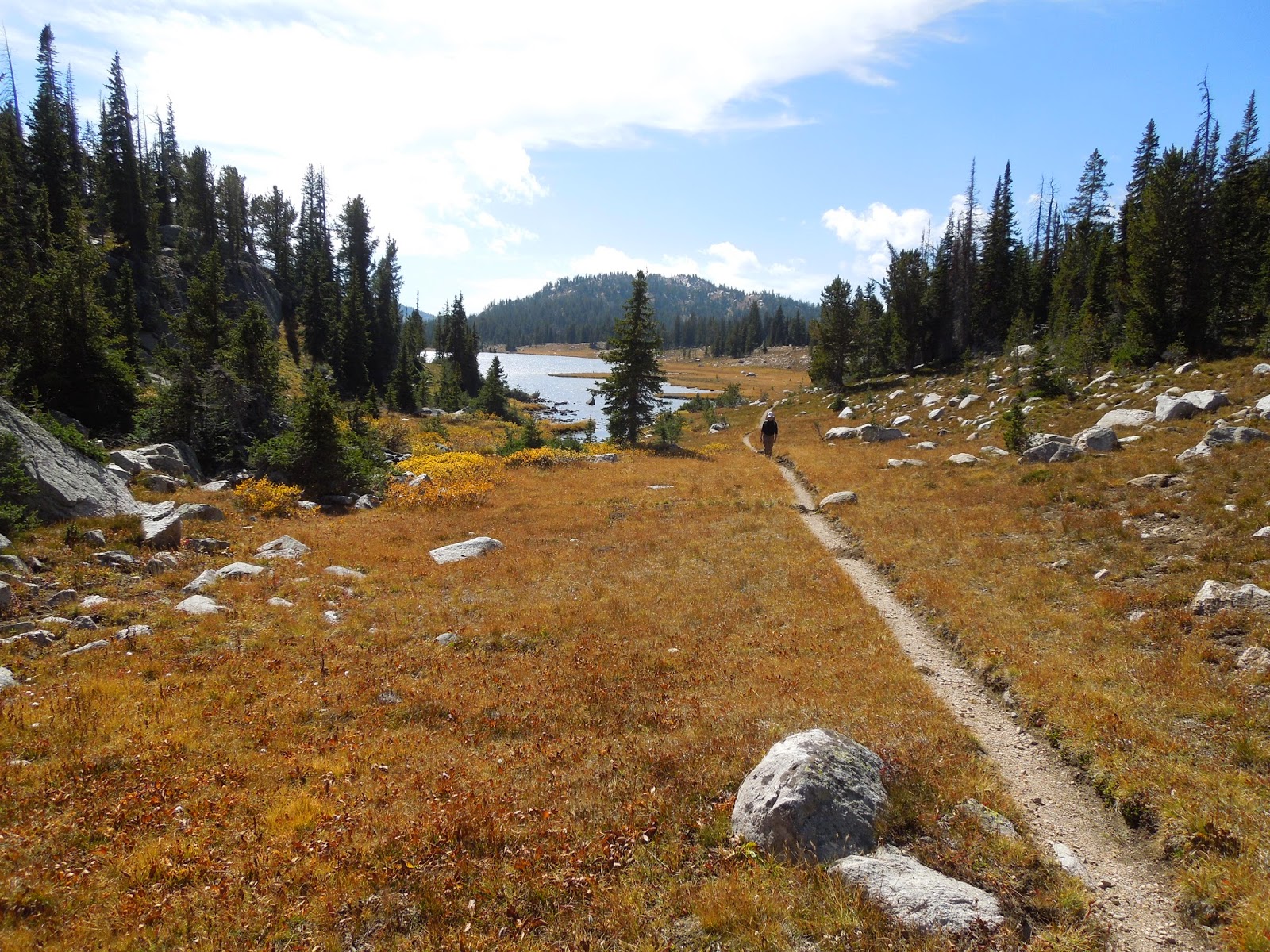 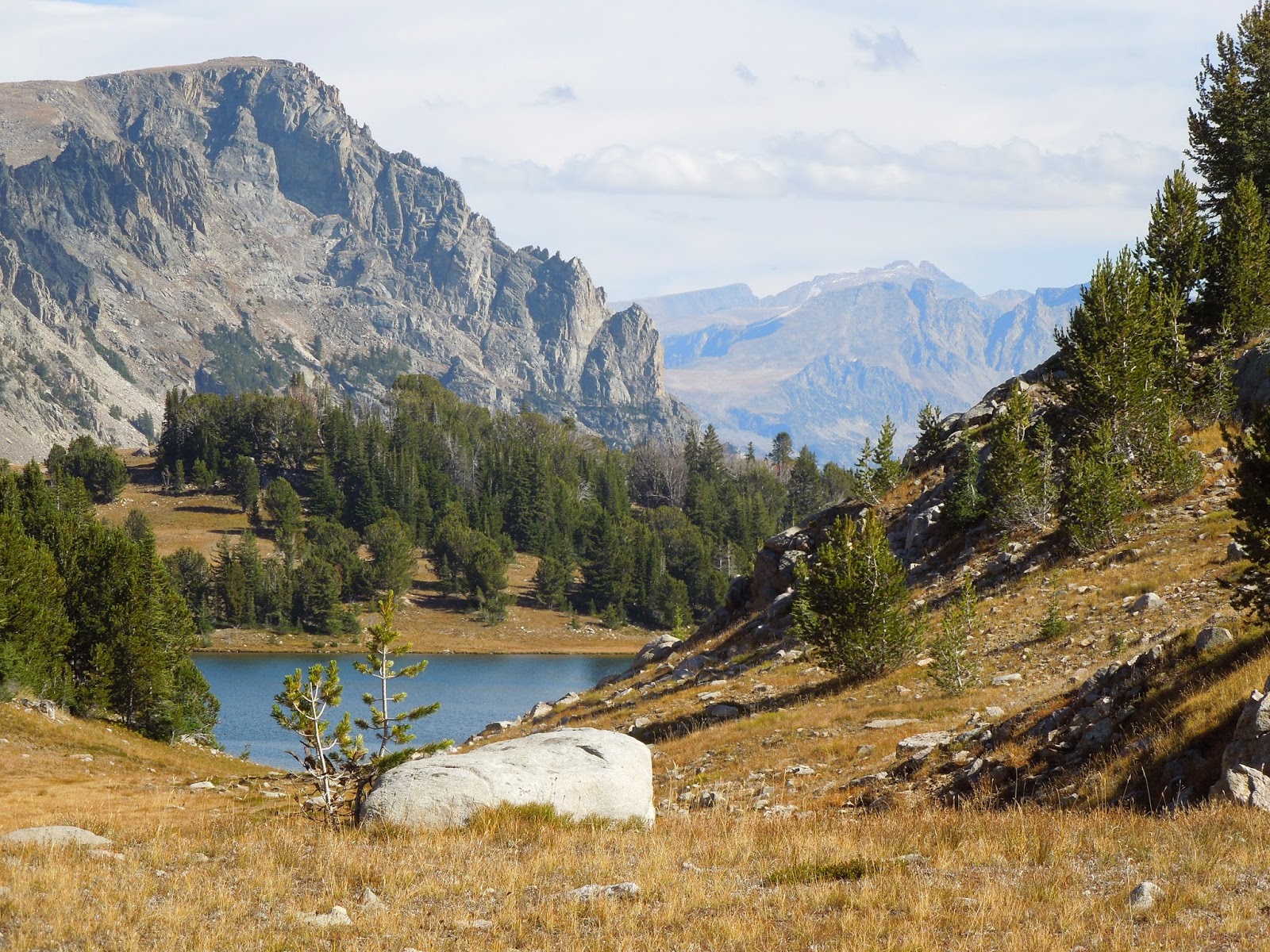 We finally got back to a decent sized lake near the start of the plateau and found some good camp sites.  Unfortunately, the great one I found had a good fire ring next to it.  The group decided to use it as our eating and cooking spot, and I had to look for another.  I was determined to get a site well protected from condensation, so I found a good site with trees over it at the top of a hill next to the lake.  The flat sleeping spot was small, but I thought it was big enough to use. 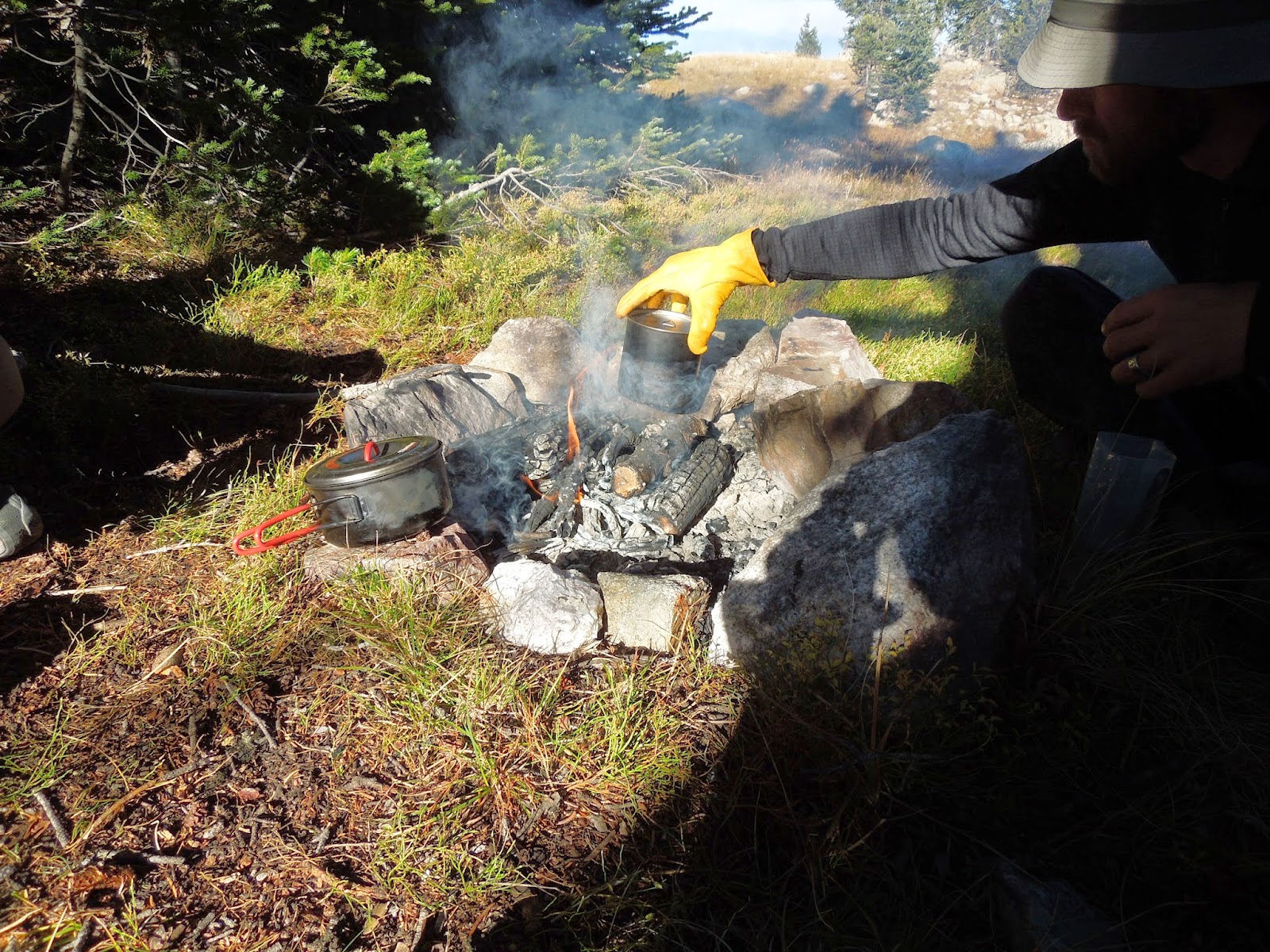 After eating and hanging our food, I hit the tent to sleep.  Unfortunately, I found the area of my pad and quilt was still on a slight slope.  I tried to stick it out till about an hour after dark, but I kept sliding further towards the edge of the tarp.  I finally gave up and dragged the bivy with pad and quilt out to an open, flat area.  I cowboy camped, without the tarp, the rest of the night.  Luckily, there was no rain during the night.
Posted by CipherGB at 12:47 PM