I had developed my hiking plan before I had concerns about trail conditions.  So I planned between 7-10 miles per day.  All the forum folks seemed to indicate very difficult trails (rocks, roots, and ups/downs).  And I wasn’t sure how well I would be able to carry the 35 pound pack.  My training was on rocky Texas trails, up to about 11 miles per hike with a heavy day pack, and a couple of 10 mile/day overnight backpacking trips with about 30 pound packs.  Anyway, I needed a loop out and back from Rock Harbor, so I decided on Lane Cove, Daisy Farm, West Chickenbone, Hatchet Lake, McCargoe Cove, Moskey Basin and Three Mile.  I was wavering on Three Mile or Rock Harbor for the last night, but left the decision up to the last day.  I wanted decent mileage (doable, but not too long) and to hit as many good campgrounds as possible.

Since the forums all indicated Rock Harbor trail was difficult due to rocky conditions, I took the Tobin Harbor trail out of Rock Harbor towards the Mt Franklin trail.  It was a pretty typical ‘state-park’ like trail.  Most of the time the trail followed the edge of Tobin Harbor.  It had some moderate blow-down and a few patches of light snow (2-4 inches).  It was a nice walk to get acclimated to the pack and weather conditions (sunny).  By the way, except for the ridge lines and some walking along Lake Superior, you are pretty much protected from the winds on the trails.  I was wearing my light rain jacket as a wind-breaker and to add some extra warmth.  Where Tobin Harbor met the Mt Franklin trail, I met a gentlemen resting with his pack off.  He was going to Three Mile that night, to evaluate how well he could handle his pack and the trails.

I headed north from there on the Mt Franklin trail, and pretty soon came to a boardwalk across a marshy area.  Blow-down covered the last 20 feet of the board-walk.  The tree had fallen parallel to the walkway and just a few feet away.  Not many options here but to carefully force my way through it.  Kind of funny, the photos show a relatively dry off-walk area, but I don’t remember thinking it was an option to get (or fall) off the walk.  I was thinking about going back to Three Mile, but I made it through.  At least one other couple did too, as they caught up to me later on the trail. 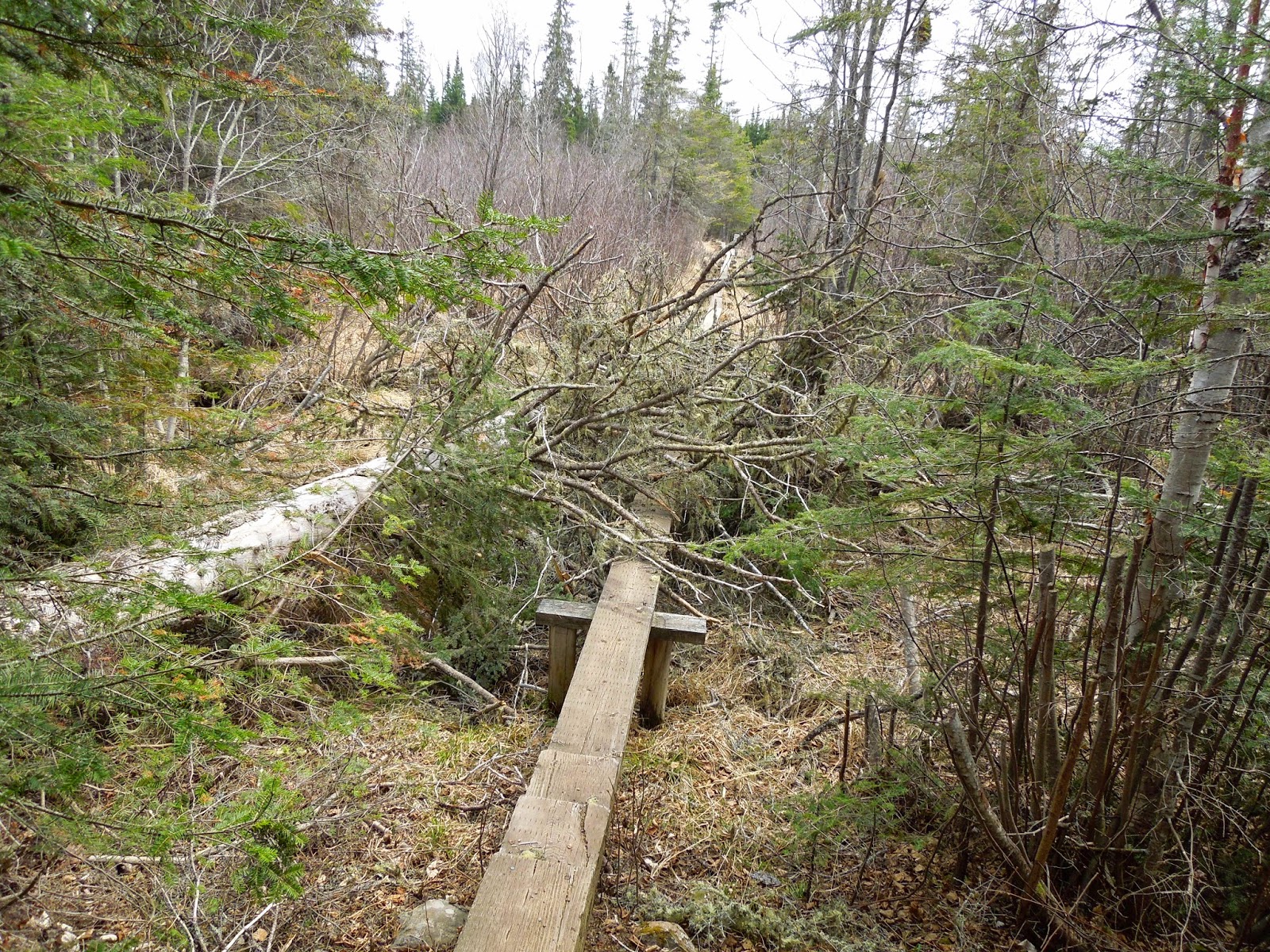 The rest of the Mt Franklin trail was pretty uneventful up to the Greenstone ridge.  Some forum contributors make the Greenstone ridge climbs out to be pretty tough, but I found them to be less of a challenge than expected (thankfully!).  Some of the climbing is pretty steep, but it’s not continuous, and it really doesn’t last that long.  I should say that I hike solo by preference, as I don’t normally go at a very fast pace.  On a moderately easy trail, I’ll get a max of about 2.5 mph. 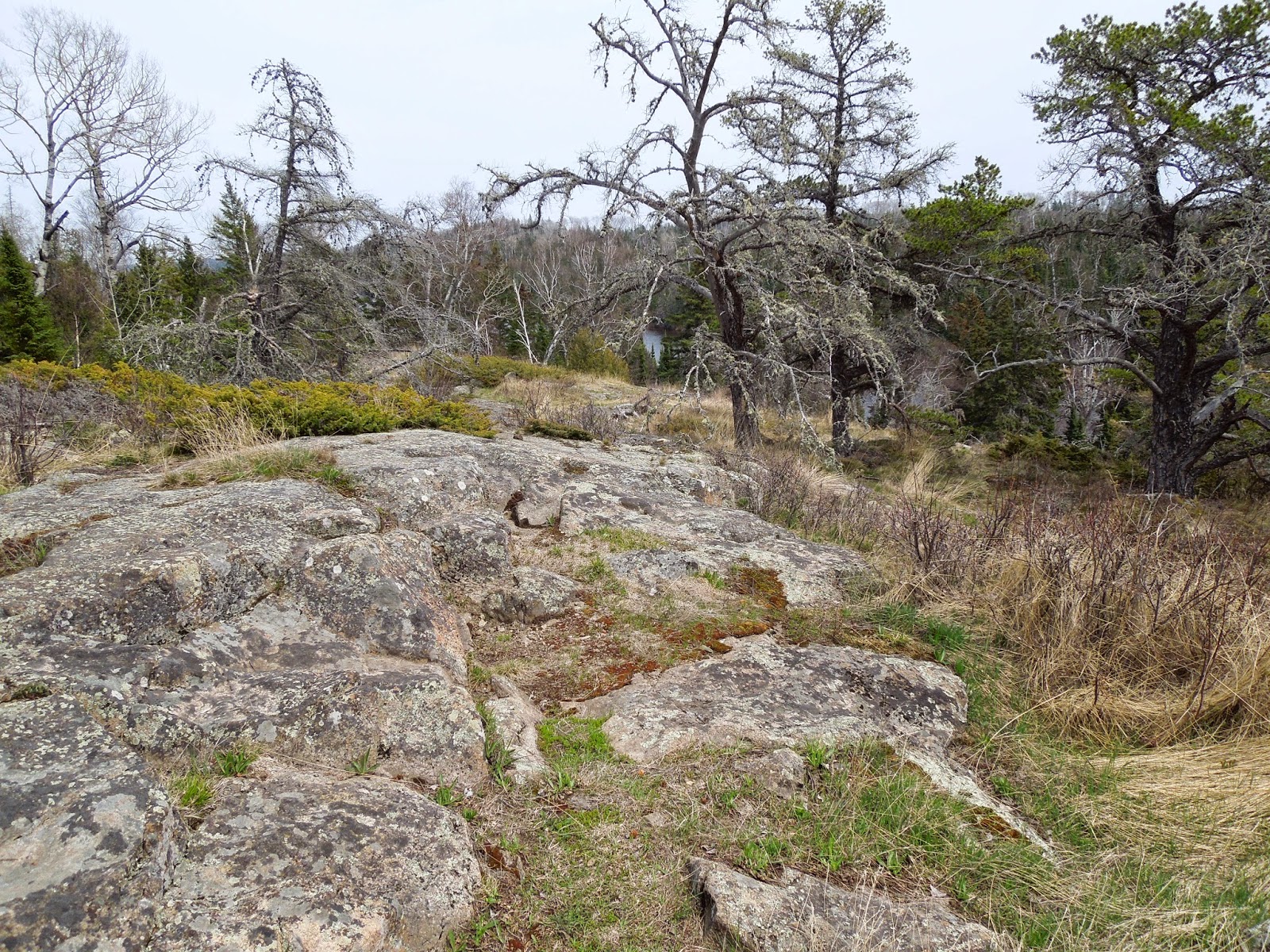 Heading down from Greenstone ridge to Lane Cove was a little different.  The initial part of the trail was pretty steep, and there was some residual snow cover.  One stretch of about 40 feet, covering the reverse direction of a steep switchback, was covered in deep snow.  My trekking poles went most of the way in before hitting rock (I’m about 6’ tall). I went through it slowly, without my feet hitting the trail.  Sometimes I would go over my knees. But it didn’t last long.  The rest of the trail was less steep, but it seemed to go on forever.  I did see lots of moose scat, and on Tobin Harbor trail, some wolf scat.  But squirrels were the only thing I saw on the trails that day. 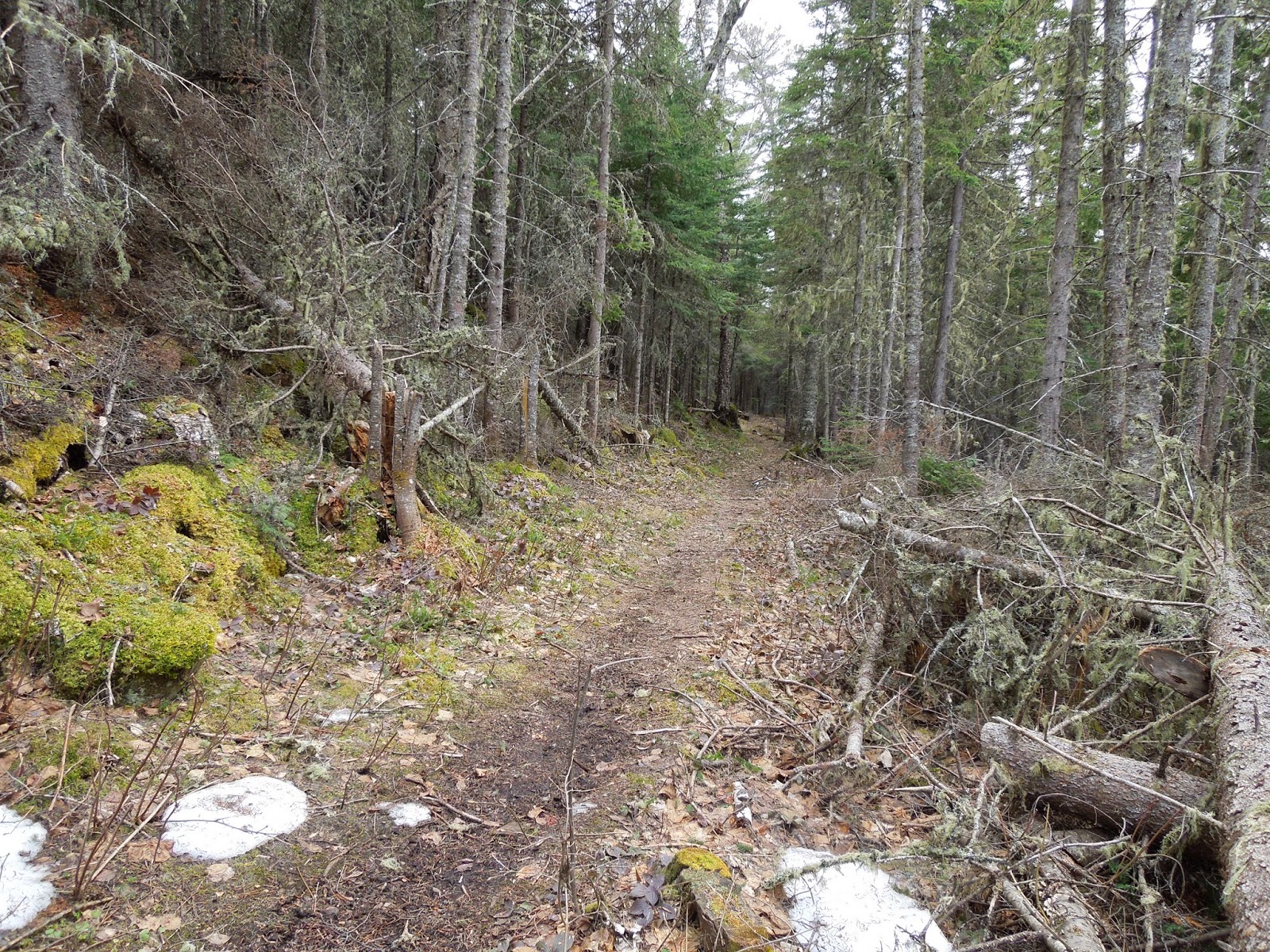 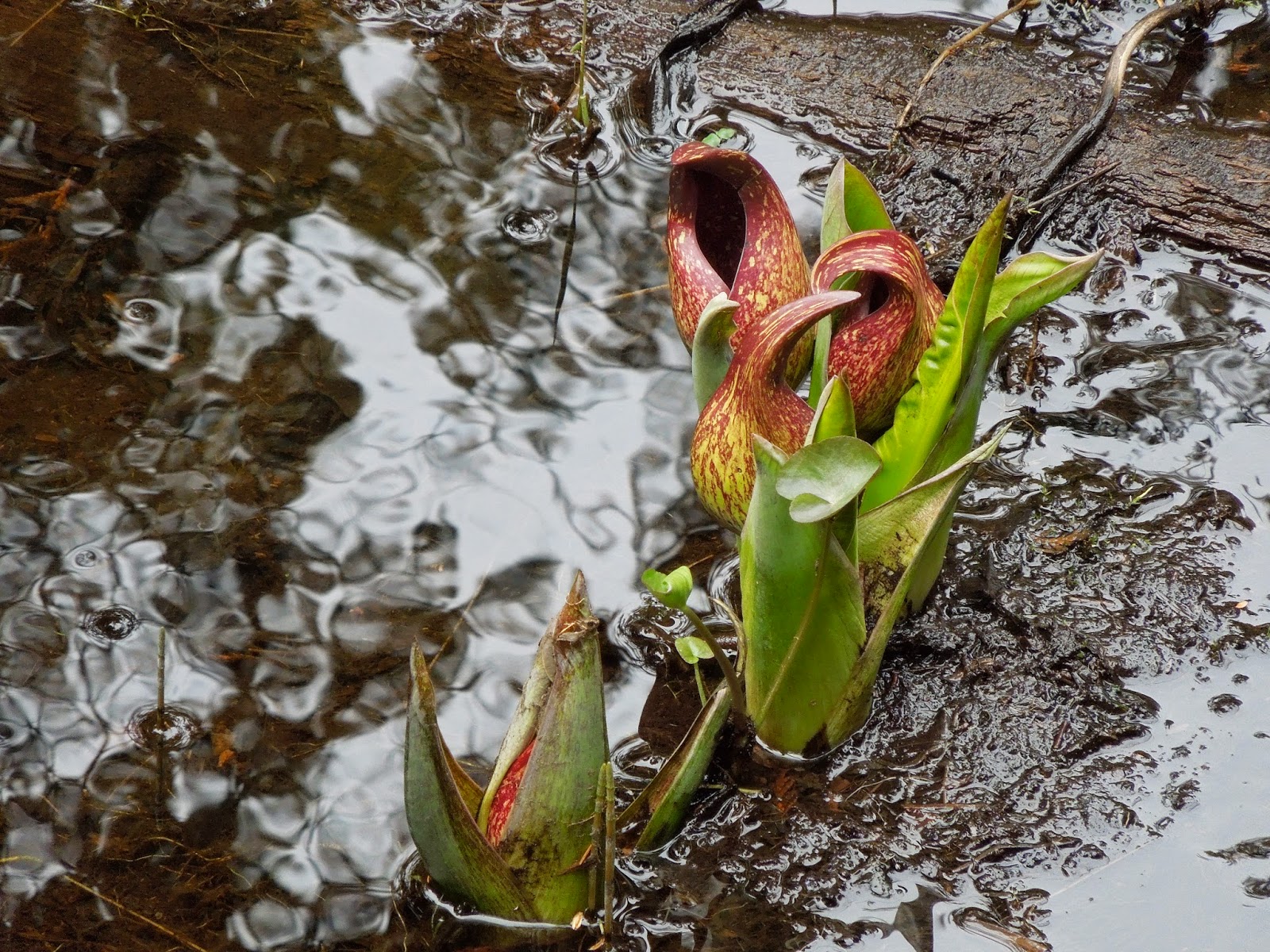 Just before I got to Lane Cove, during a water break (I used bottles instead of a bladder), a young couple passed me.  They ended up taking site #1 while I took site #6, so I didn’t see them again till back at Rock Harbor.  Lane Cove otherwise was completely quiet.

The campsite at Lane Cove was very nice, with a soft mat of vegetation on the damp ground.  I set up the tent (solo TarpTent Notch), filtered some water with my 2L Platypus Gravity system, and then prepared dinner.  The new JetBoil Sol Ti system heated the two cups of water for my freezer bag meal in just moments.  My older system was white gas, and the JetBoil way outclassed my old stove.  With the Platypus, I usually filtered enough water to fill my water bottles for the next day and about 3 liters extra for a bladder I was carrying (used for cooking and drinking in camp only). I emptied the bladder every morning before leaving camp.  The water here was perfectly clear and tasted great.  The Notch has two vestibules (large), but I only used one for my boots, water bottles and pack.  I never saw the squirrels (except for one audacious squirrel at West Chickenbone), mice or fox that were reportedly threats to small unattended objects and food bags.  I used an Ursack (with an odor-proof liner) to protect the food from the critters, but it sure seemed overkill here. 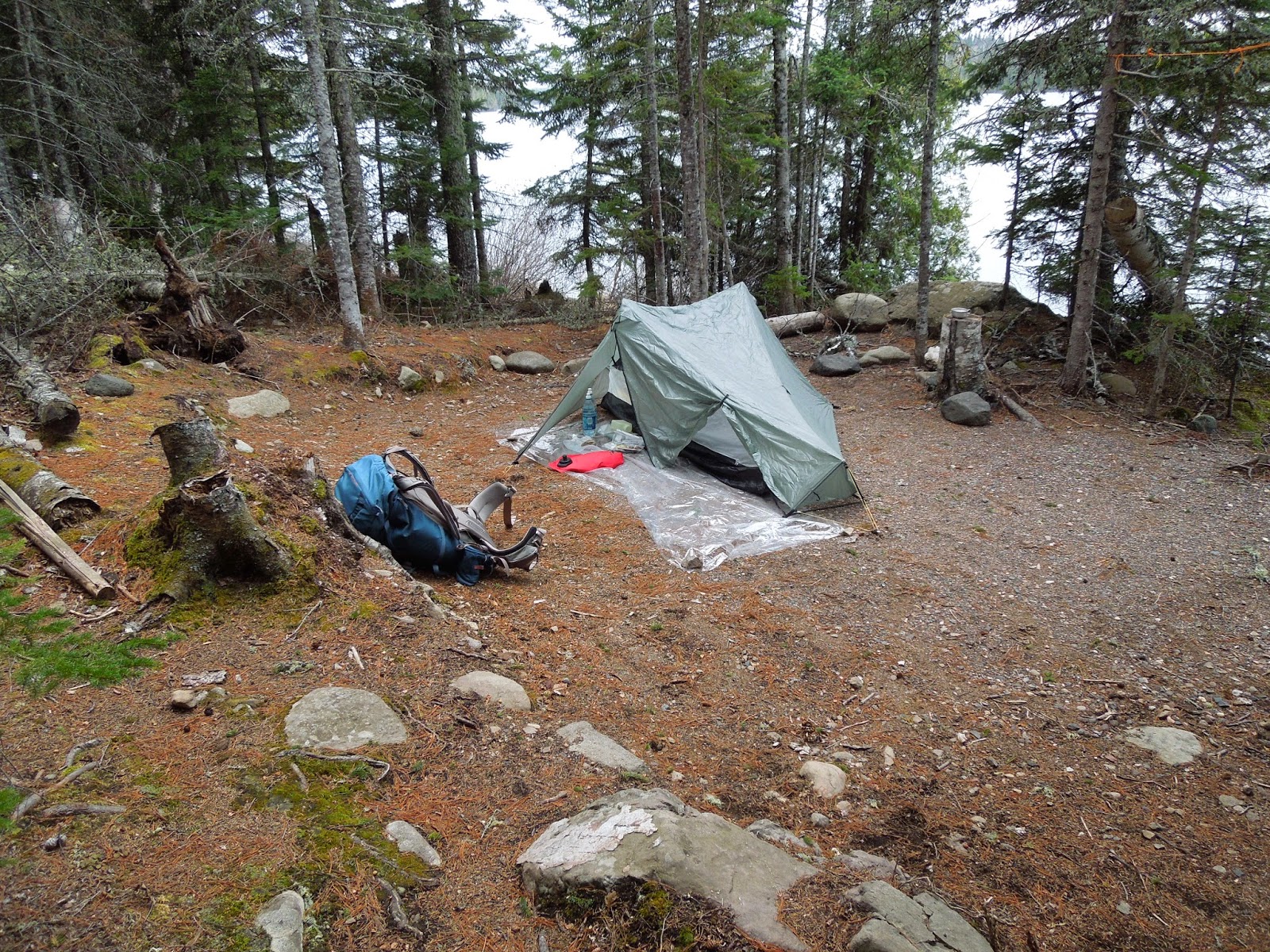 One weight trade I made was to not bring a pair of camp shoes.  I was wearing full leather, Gore-Tex lined, hiking boots.  They were great on the trails, but a bit heavy.  Unfortunately, when I took them off to get in the tent (or at other campgrounds in the shelters), I didn’t want to have to bother putting them on again for any night trips.  So I usually hit the sack early, wrote down notes for the day, and read for a while.

My shelter and sleeping system were a little different than what I’ve used in the past.  The Notch tent used my two trekking poles for support and only four stakes/guy-lines.  I had two places near the pole attachments for two more tie-outs, but I hadn’t added lines to them.  This left the tent a bit saggy across the peak between the poles.  Since I used it only three days, always in sheltered locations, this wasn’t a problem.  The tent came with a bug net and a bathtub floor that was suspended beneath the tarp tent itself.  The net had zippers on either side for side entry via the two vestibules.  I used a regular sized Thermarest NeoAir Xlite inflatable pad under my quilt, and slept in most of my clothes that night.  The Weather Channel (TWC) says it was 43 that night, but I was plenty warm.  It stayed light till about 2215 (10:15 pm) or so, but this night, I got to sleep early.  Sometime in the night it started raining pretty steadily, and didn’t stop till about 1100 the next morning.  The tent kept me dry, though there was mild condensation on the bug netting.
Posted by CipherGB at 8:50 AM