This morning, I woke to condensation in the shoulder area of the quilt and quite a bit inside the bivy in that area.  The tarp was bone dry both on top and underneath.  That clinched my conclusion, it was my breath causing the condensation during the night. 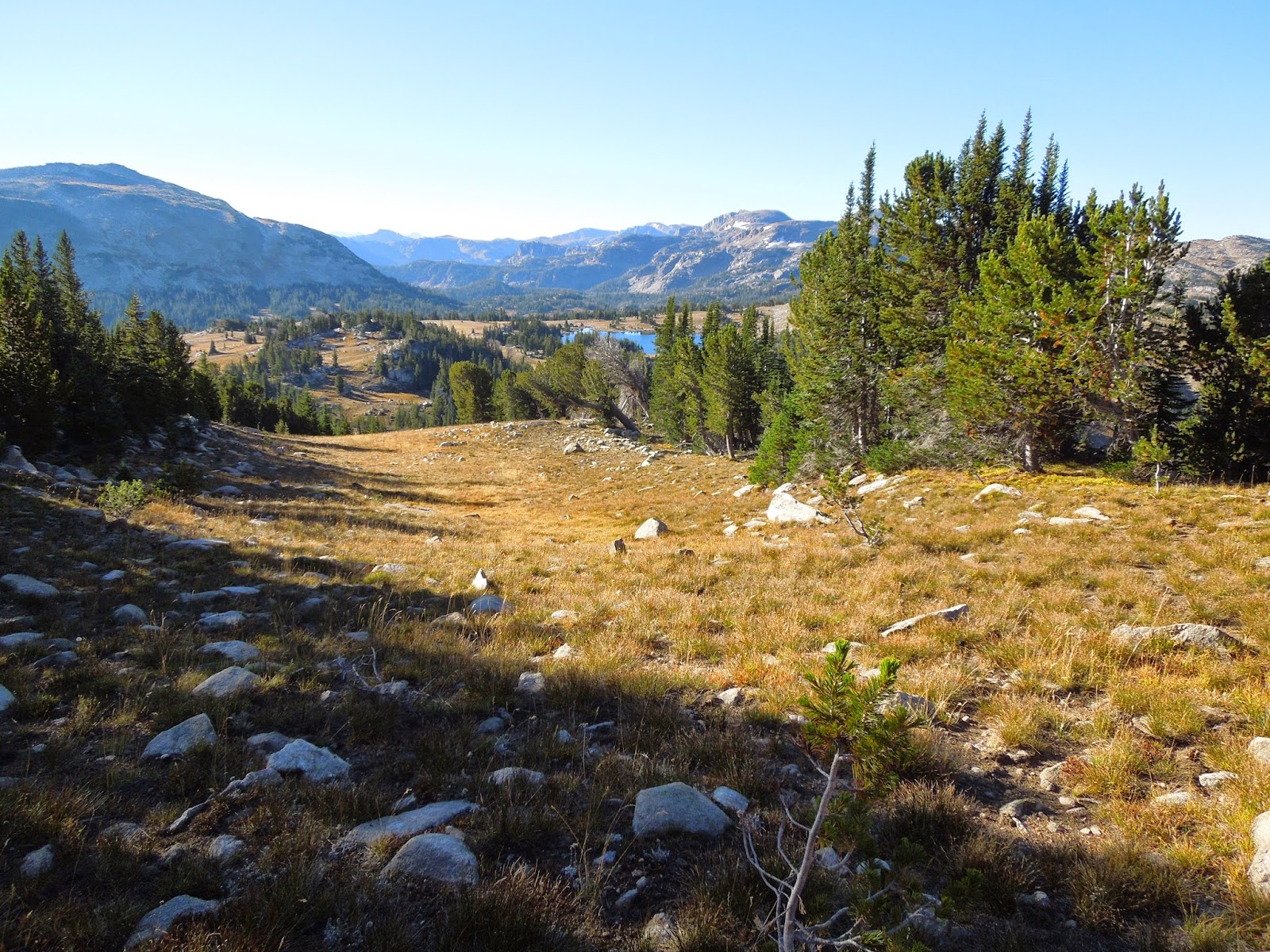 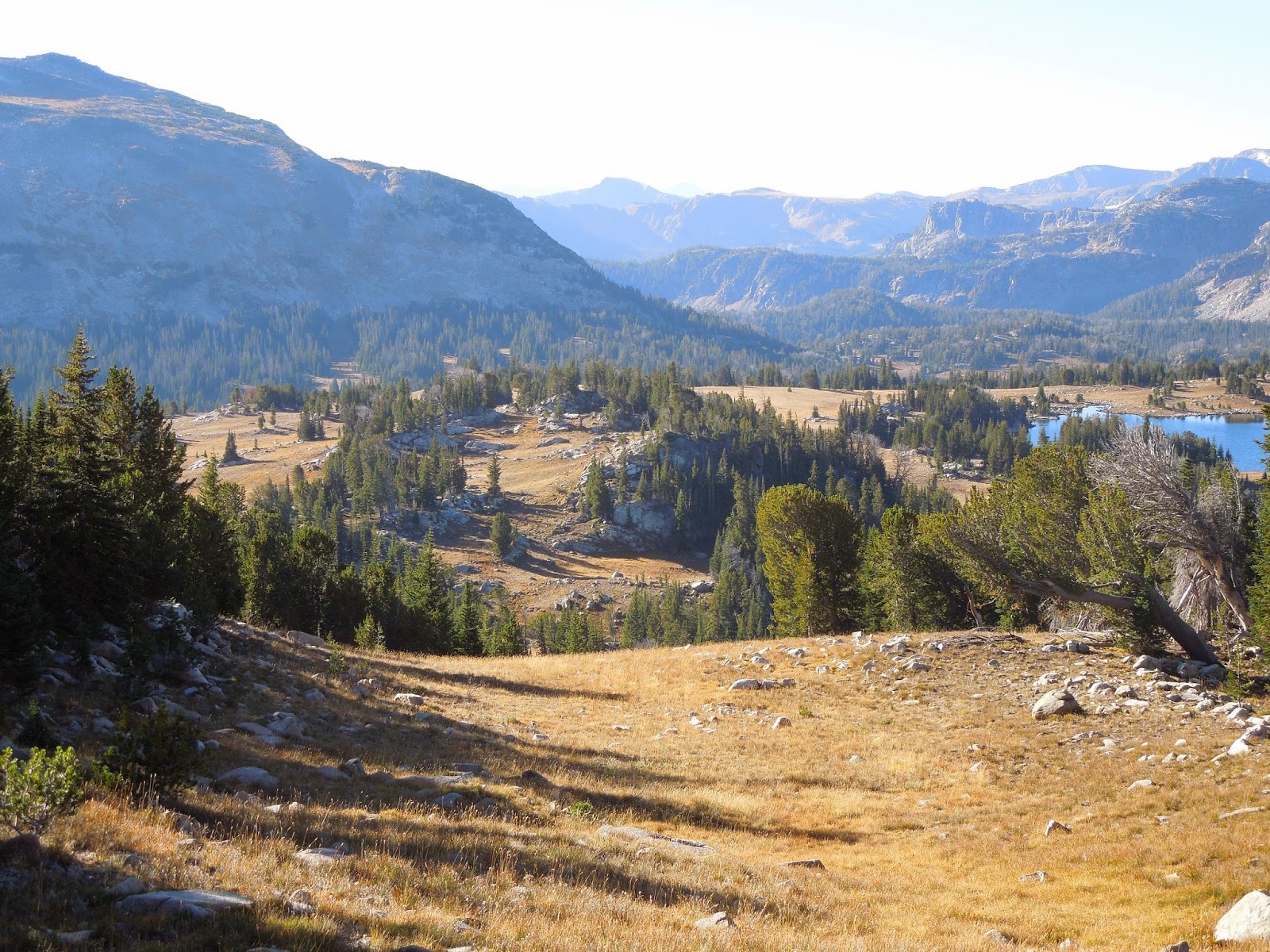 The plan for today was to bushwhack across the plateau, starting with a climb up to a peak at about 11,500 feet.  This first part of the climb was on a wide ridge with deep valleys on either side.  The path to the peak was pretty mild, but continually crossed outcroppings of rock and boulders that made the hiking somewhat difficult.  My breathing slowed me a bit, but R1 showed me a way to take longer, deeper breaths that made it a lot easier.  I didn’t have any symptoms of altitude sickness, just the inability to get as much oxygen as I was used to during the uphill climbs. 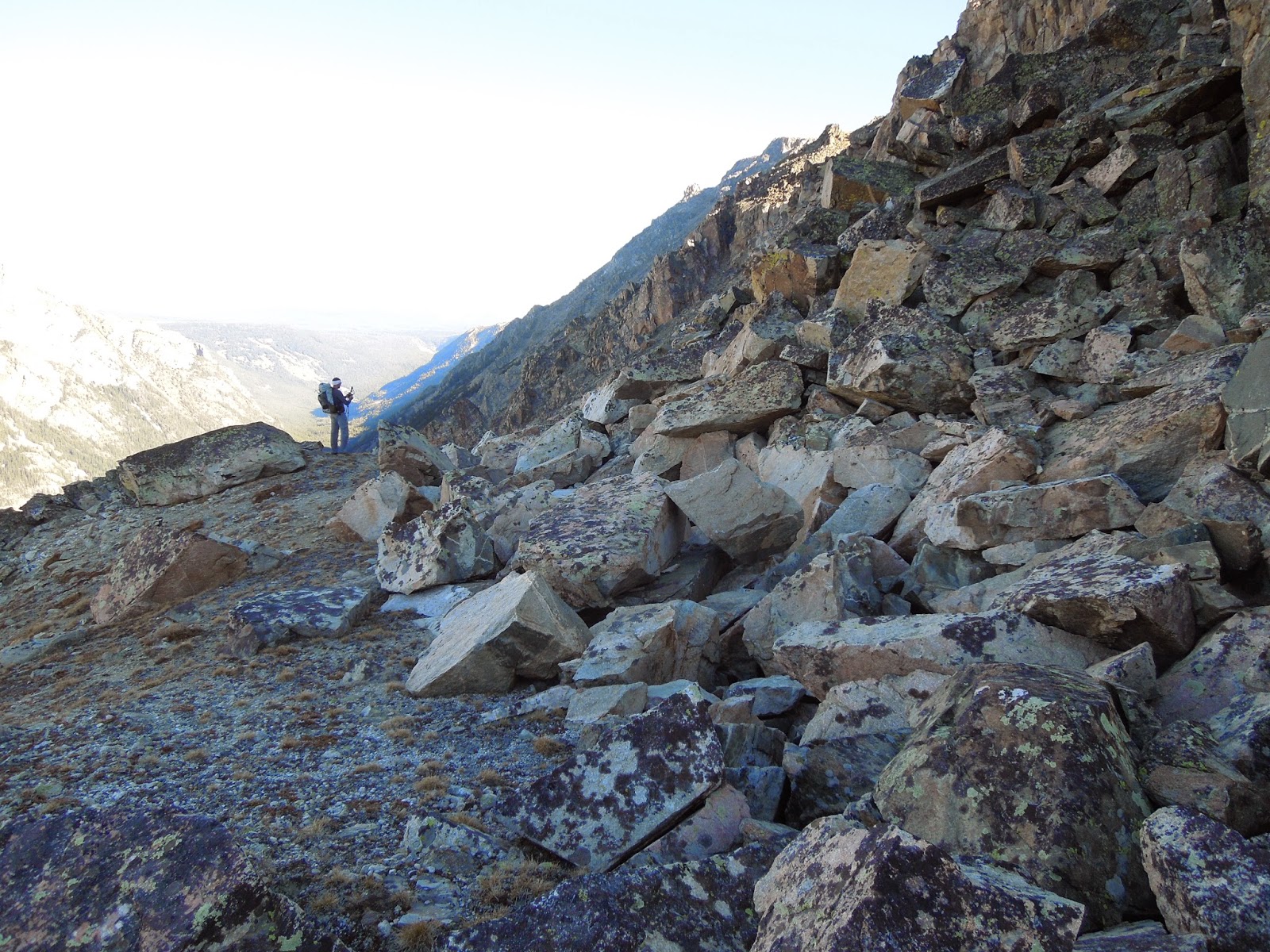 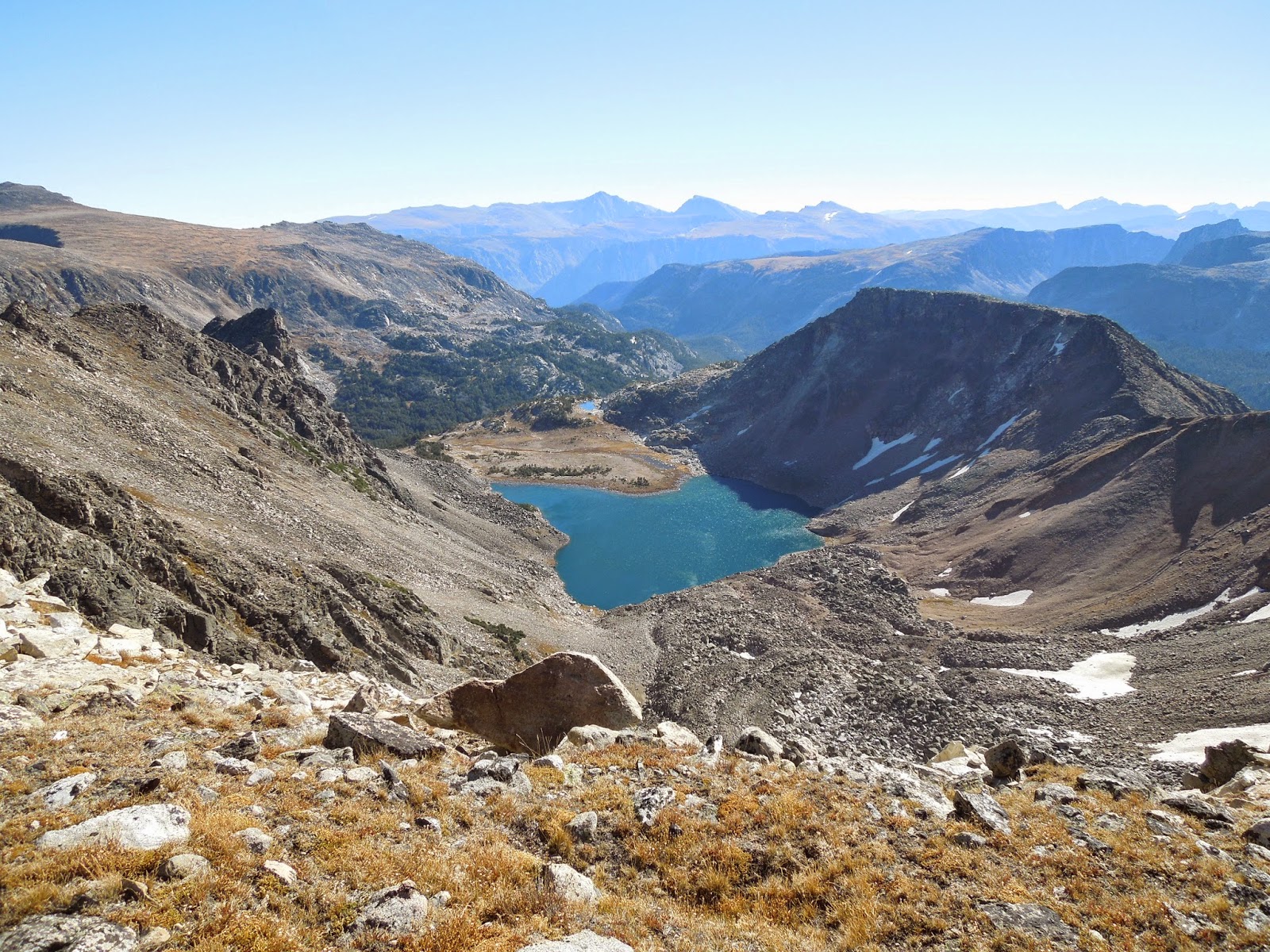 On the last approach to the peak, the boulders fields became nearly continuous and more difficult.  The peak and its approaches gave some really impressive views. 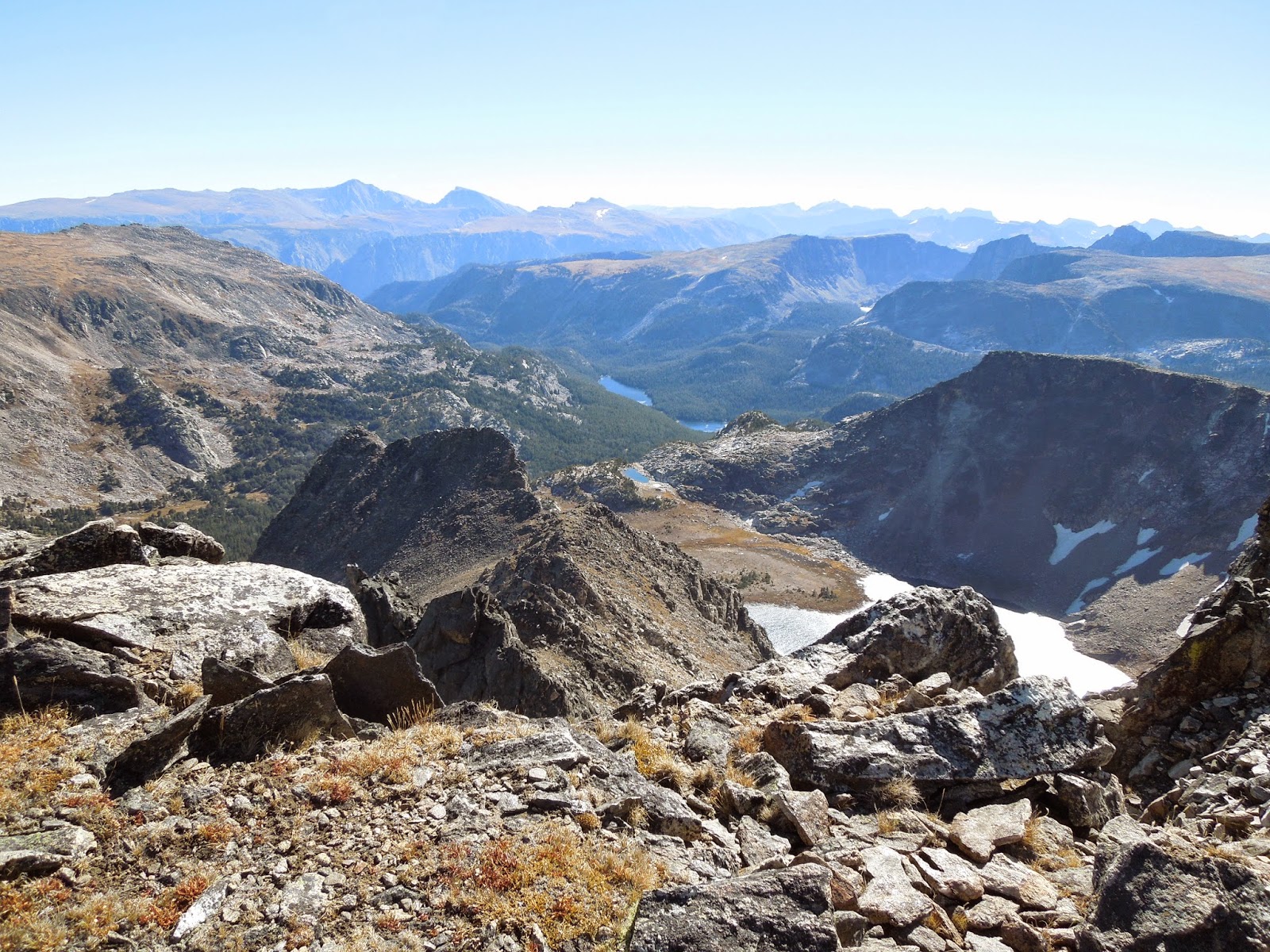 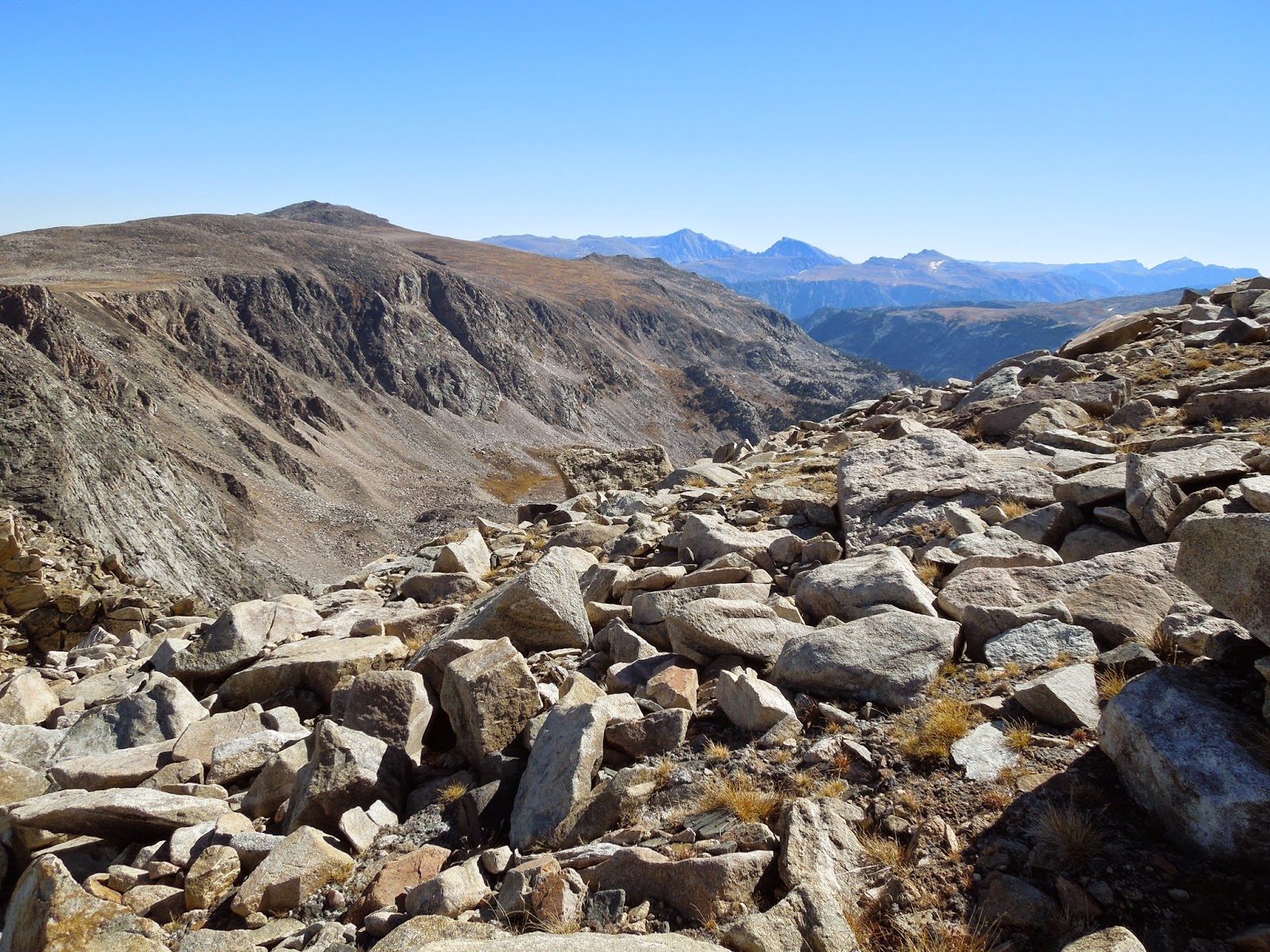 Heading down from the peak to the ridge and across the plateau, the boulder fields became larger and more challenging.  During this period I had a few mishaps.  On one jump down from a particularly tall boulder, I landed poorly on my left foot, and I think I hurt one of my toes.  At the time, I thought I had broken it.  On another crossing, I tripped and had to skip across a couple of boulders.  Another time, a large boulder I was crossing shifted abruptly and threw off my balance.  I skipped a couple of boulders till my trekking pole caught; and I had to go down to prevent breaking it.  Luckily I didn’t seem to hurt anything.  After those fields, I was careful to put my left foot down flatly to avoid further damage to the toe. 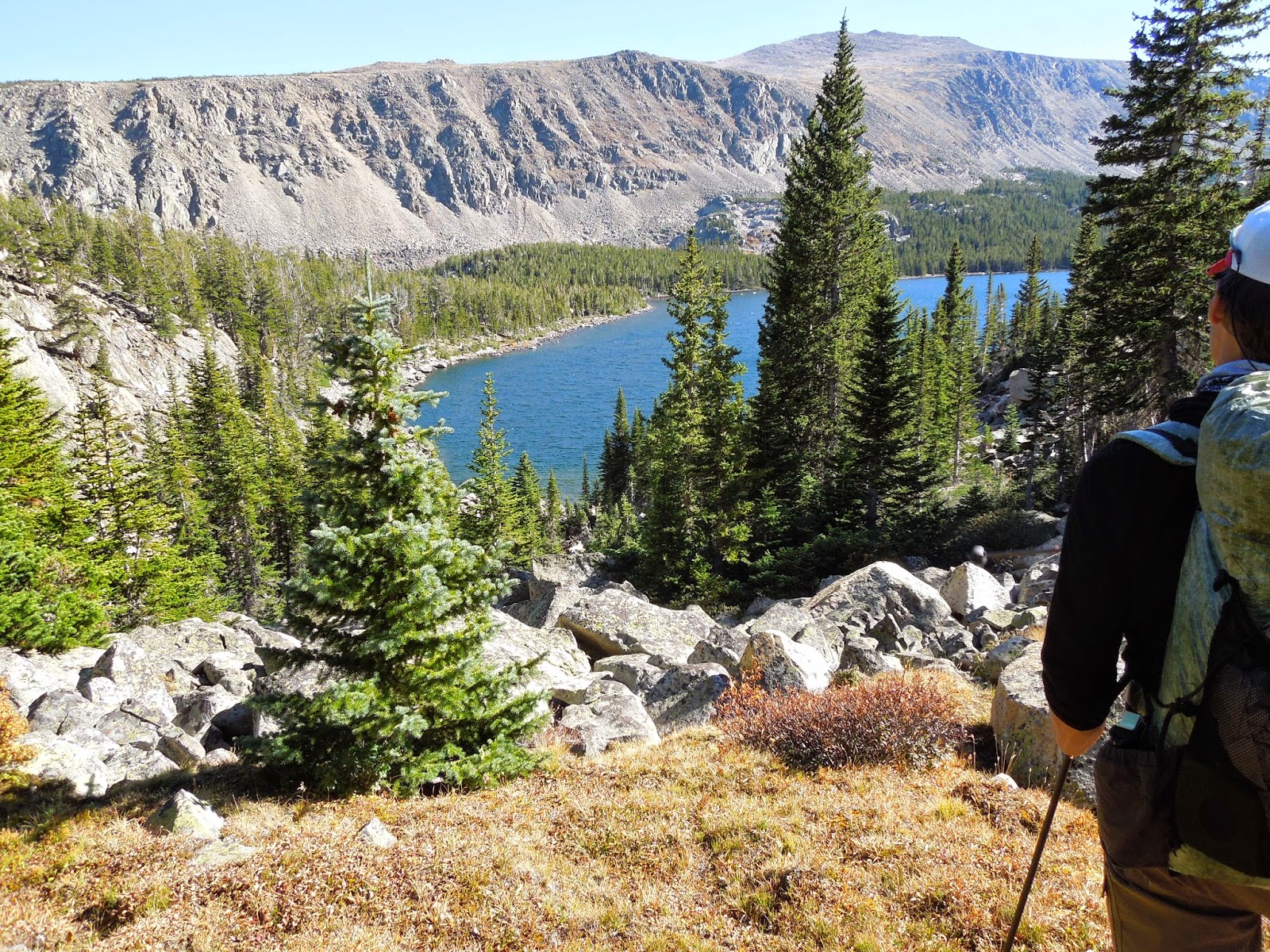 When we got near the edge of the plateau, we came upon some wooded areas.  We wanted to descend to a lake a few hundred feet down, but had difficulty finding a way down.  The woods were difficult to get through and were mixed in with more boulder fields.  We finally began a deep descent through heavy brush and woods.  At some places we had to ‘walk’ across bushes on a steep slope.  It was kind of like post-holing through deep snow; you didn’t know what your feet would find or where they would stop.  I couldn’t see the ground under the bushes. 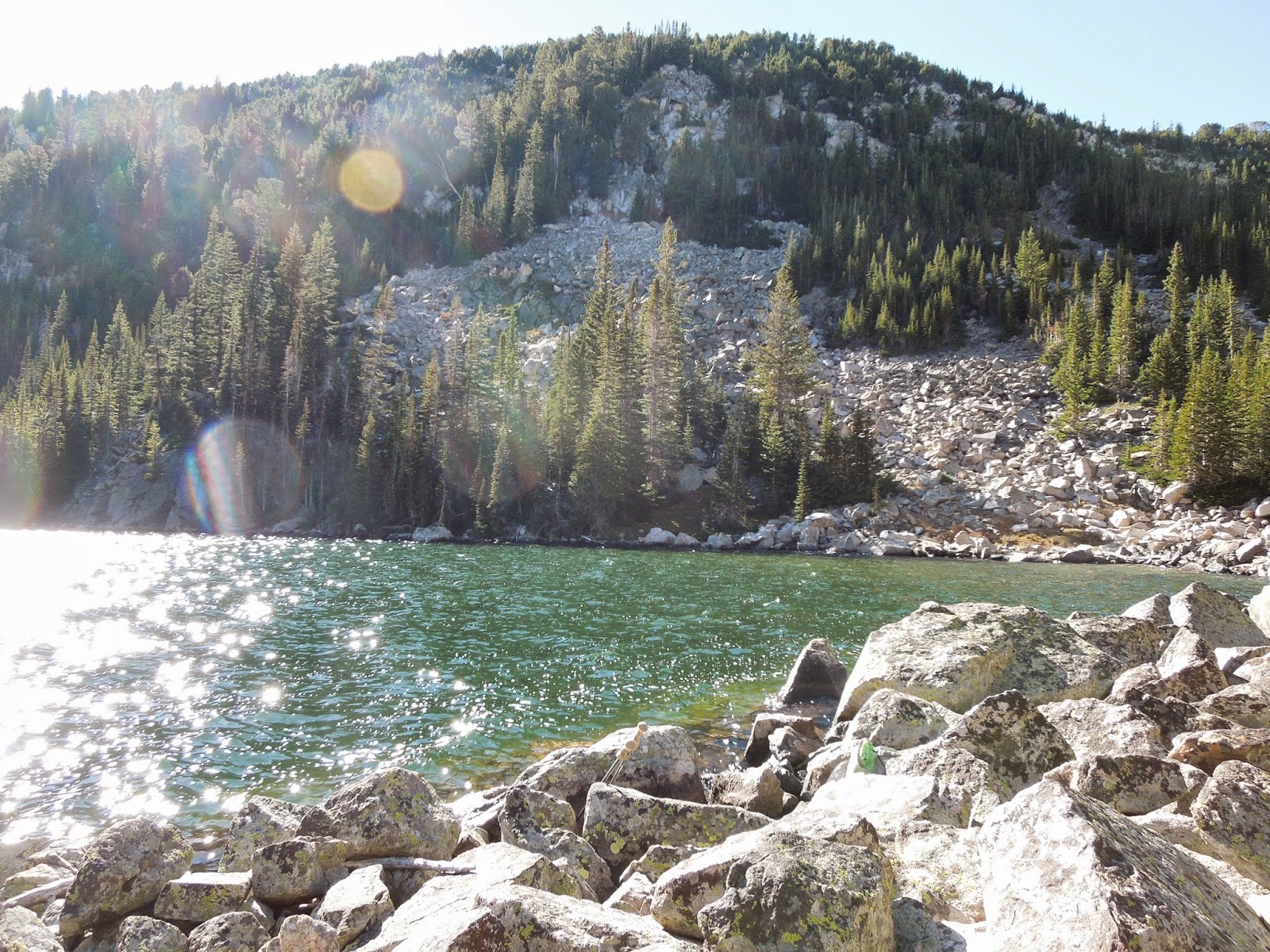 When we got near the lake, it became one continuous boulder field.  The others seemed able to cross it with relative ease, but I had a difficult time.  We stopped for water in the boulder field next to the lake.  It had only been about five miles since the last water, but I don’t think we made more than a little over a mile per hour during that stretch.  That’s where I saw R1 use his Sawyer water bladder for the first and only time. 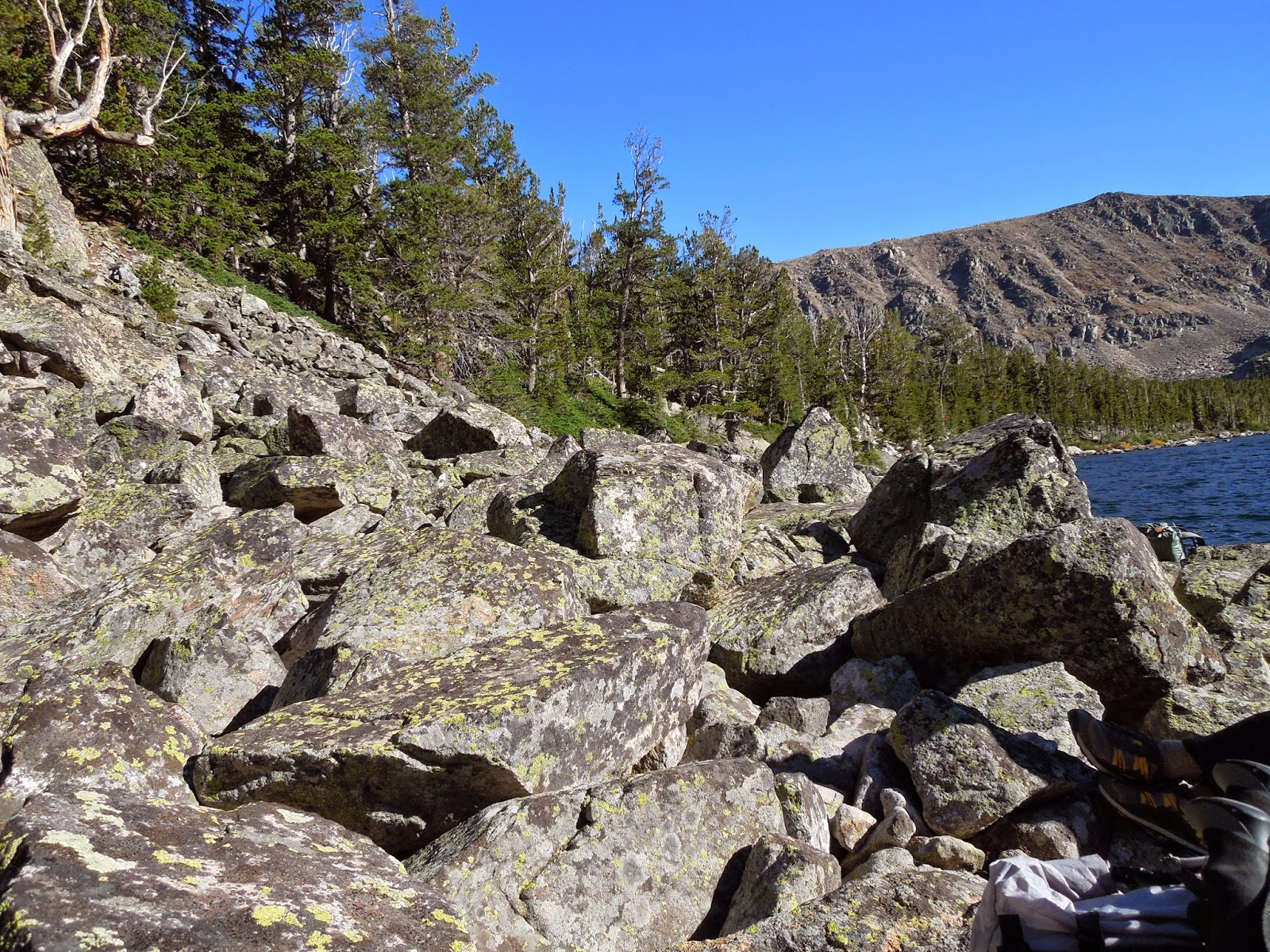 After we got water, we went on around the lake and up the wooded hill to a set of pretty nice camp sites.  It had been windy the last two days, and the wind seemed to get worse as the evening came on.  You could hear it roaring through the trees.

I commented to R1 that the fallback plan of going back down the nice 14 mile trail to the trail head the next day didn’t seem to be very feasible.  He agreed that it was too late to make that change once we got to the peak earlier in the day.  We had a camp fire again in a really nice fire ring.  We thought this area was pretty inaccessible, but it must have been used occasionally by hunters or backpackers.
I set up my tarp with a particularly high pitch for good entry but a very low end towards the wind.  It was my best pitch yet.  I also decided to not use the bivy, despite the night’s wind.  I would also keep my head out from under the quilt.  This way, I could confirm my theory about exhaling the moisture that was causing my quilt and bivy condensation.

Fortunately, the night was very warm, and the breeze actually felt pretty good.  The roaring wind made it pretty hard to sleep, but the strong winds didn’t seem to make it down under my tarp.
Posted by CipherGB at 1:08 PM