This morning, I started out early.  I had pretty much decided I wanted to make it to Rock Harbor instead of stopping at Three Mile for the night.  That would allow me plenty of time the departure day to take an early morning walk to Scoville Point before the ferry.  The walk to Daisy Farm was pretty nice.  Seemed like there were more muddy trail sections and still some blow-down.  But the mud/water had receded enough that rock hopping was feasible most places. 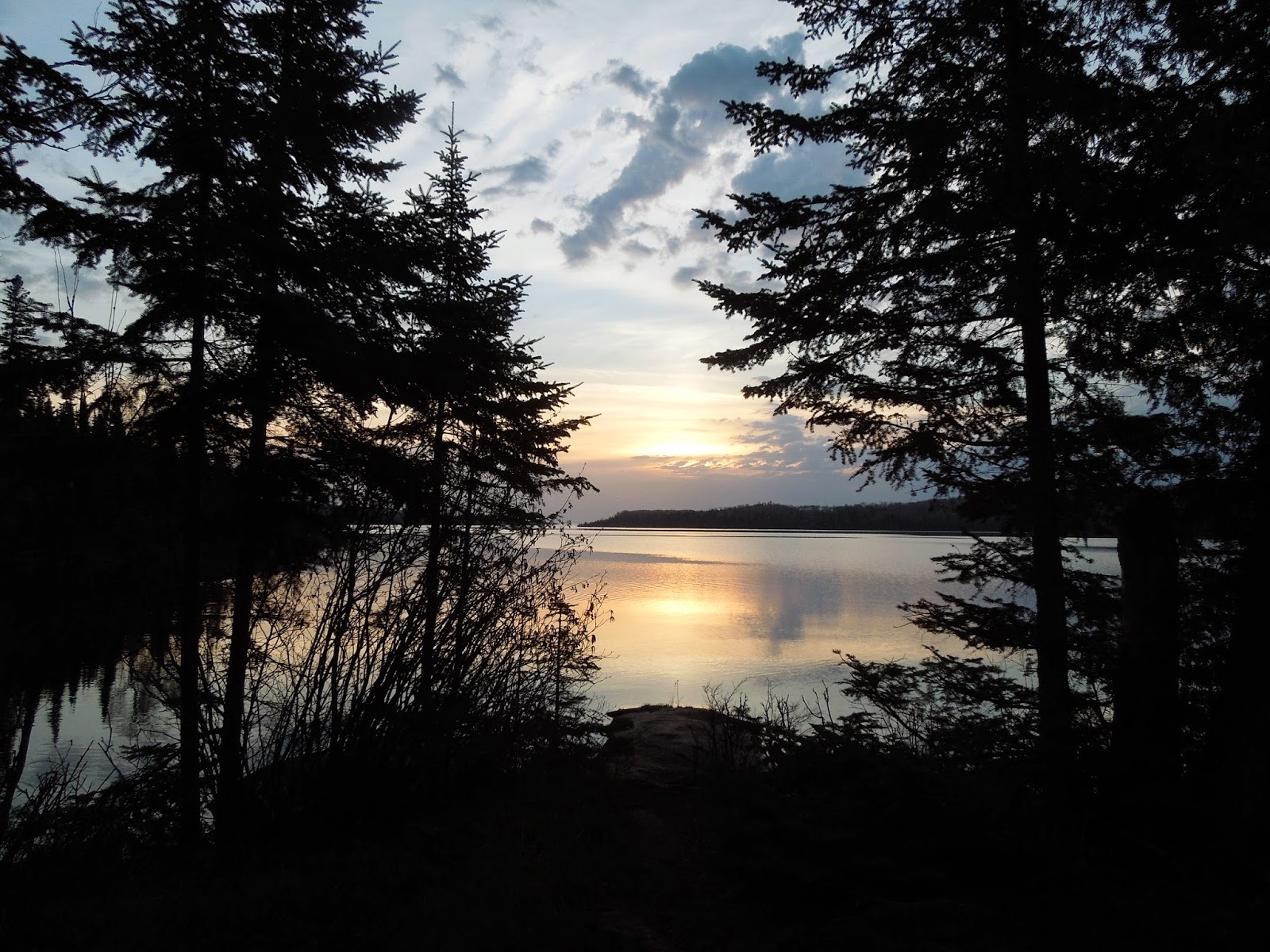 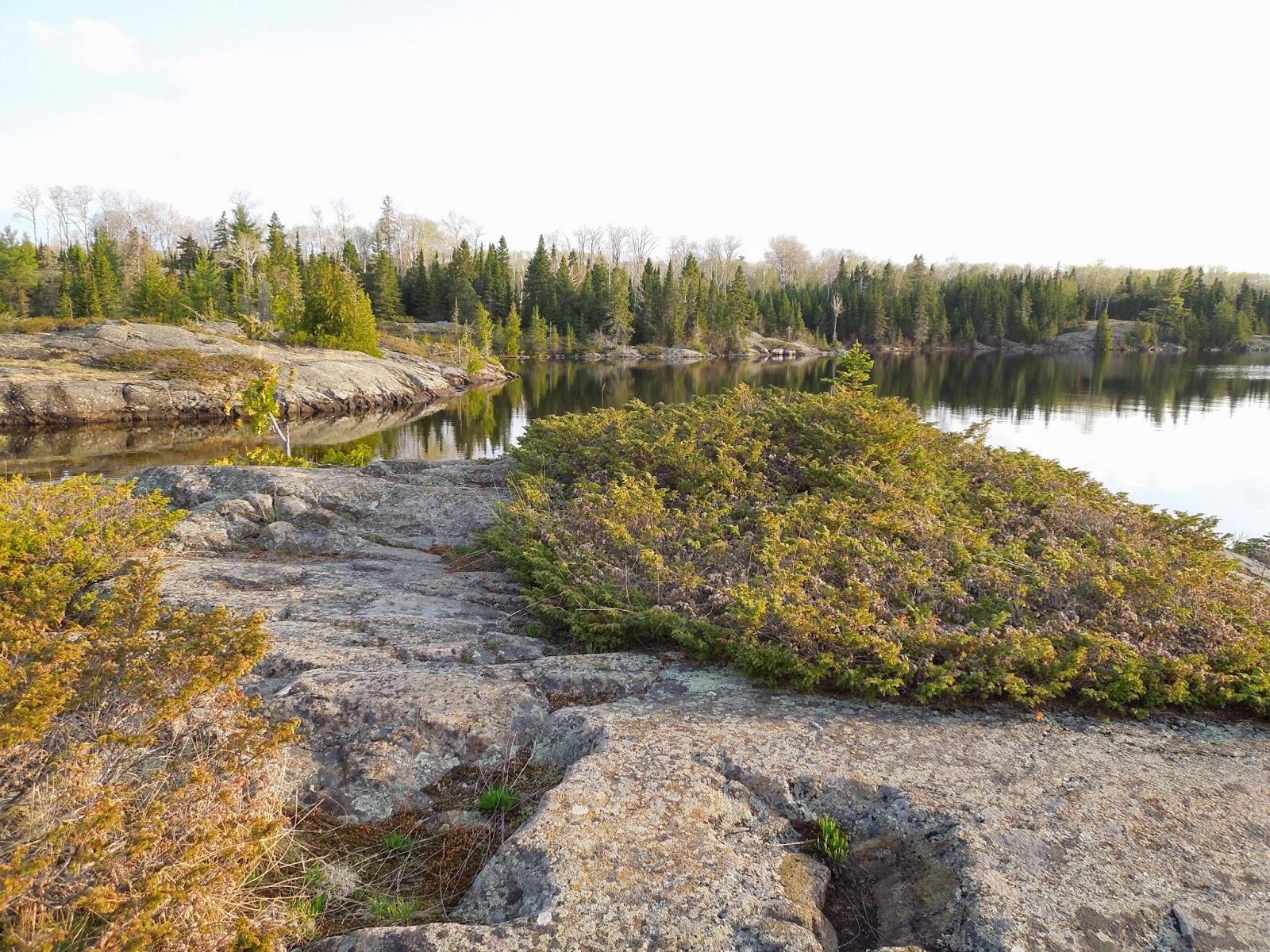 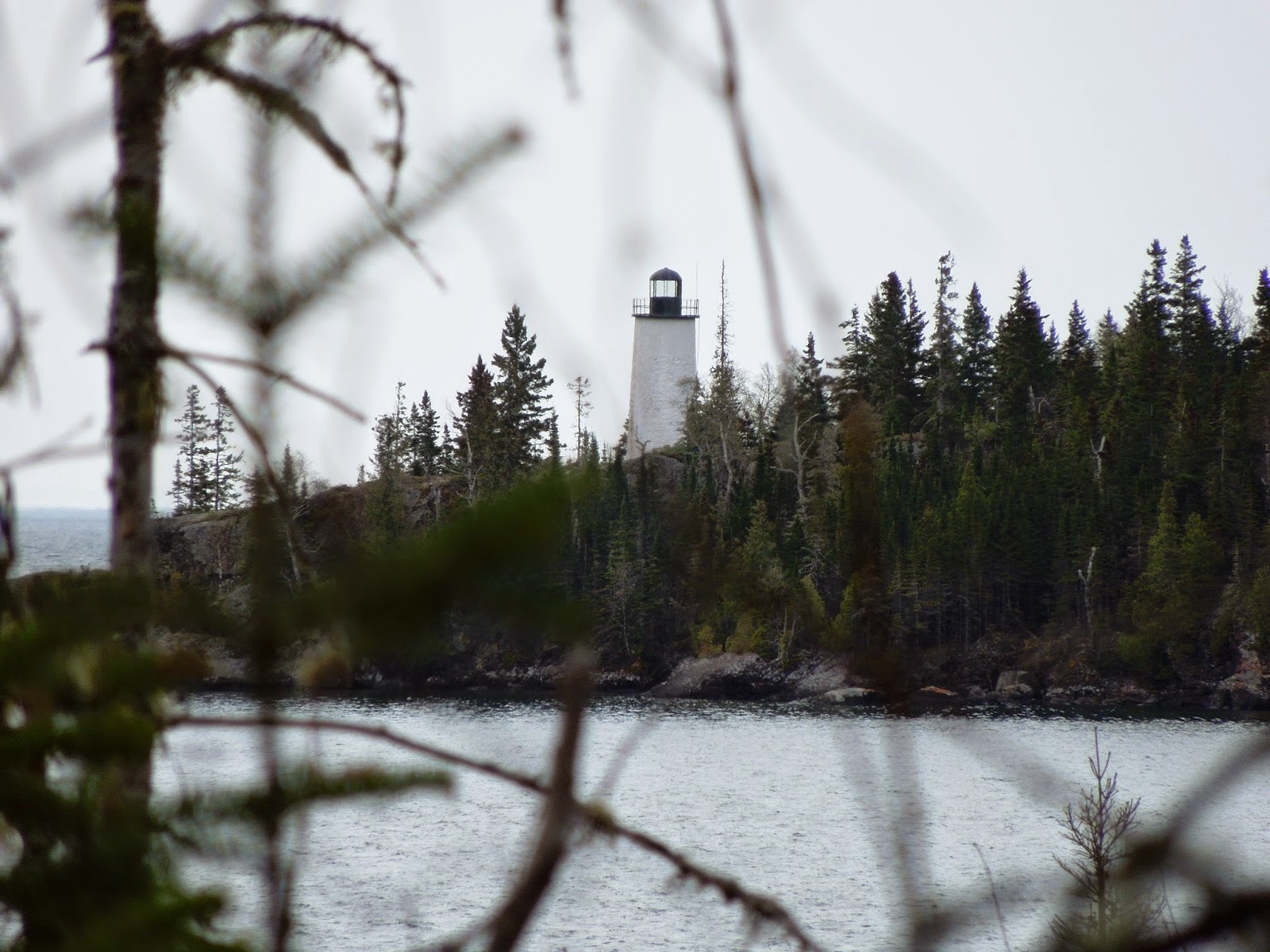 At Daisy Farm there were a handful of young people in T-shirts on the pier, I figured they were waiting for the Voyageur to head back.  The wind was strong and it was overcast; they looked pretty chilled.  The weather that day was very peculiar.  Mid-morning the clouds came in and the temperature fell; it looked like maybe a storm.  But the clouds cleared and it got hot.  Anyway, past the pier, I came to a bunch of shelters lining the path and lake.  Almost all were full, with many packing up to leave.  I actually only met one person on the trail in the campground area.

On the trail from Daisy Farm to Three Mile, I came on my first and only formal ‘group’ of seven!  They were young and spread out quite a ways.  And the leaders seemed to be huffing it pretty good; not sure why they were making that level of effort and leaving the others behind.  Here the trail turned into what I would call a boulder field (but nothing like a talus/boulder field on a Montana mountain).  The trail had enough big rocks to make the hiking miserable.  About that time, I came to the Mt Franklin trail post.  I could see why some folks might miss it when they want to head to Rock Harbor on the Tobin Harbor trail.  The trail post itself was conspicuous, but the Mt Franklin trail looked like a goat track up a mountain.  I was not looking forward to more boulder scrambling, so I took the Mt Franklin trail. 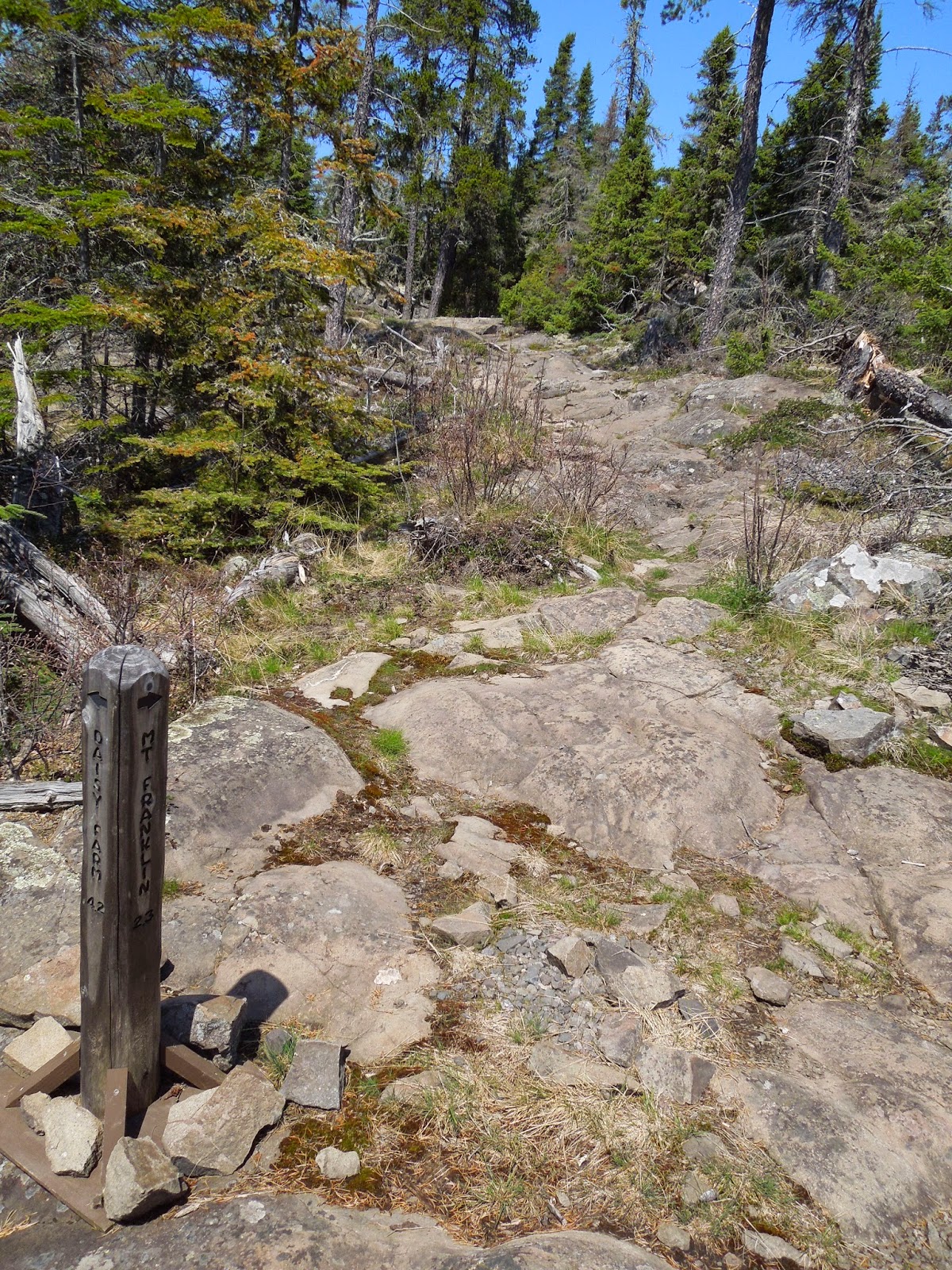 The ‘goat track’ only lasted for a short while, and then the trail returned to a nice walk under a heavy forest canopy.  But it still had some blow-down.  I figure either the trail clearing crews had not really gotten started, or they intentionally leave blow-down that is not extremely difficult to get around.  This section is awfully close to Rock Harbor, so I really don’t know which is more likely.

The Tobin Harbor trail to Rock Harbor seemed to be easier than before.  I think I was moving a lot faster than when I had just arrived.  Quite a number of the shelters at Rock Harbor were taken when I got there by mid-afternoon.  As with McCargoe Cove, I was pretty surprised.  Where were all of these people hiking (or kayaking)?  Maybe they were all just staying at Rock Harbor and renting the motor boats (several had been going up and down the harbor all day), kayaks and canoes?  The lodge was not open, but the store was and they now had kayaks and canoes up on the rental racks (though many disappeared the next morning). 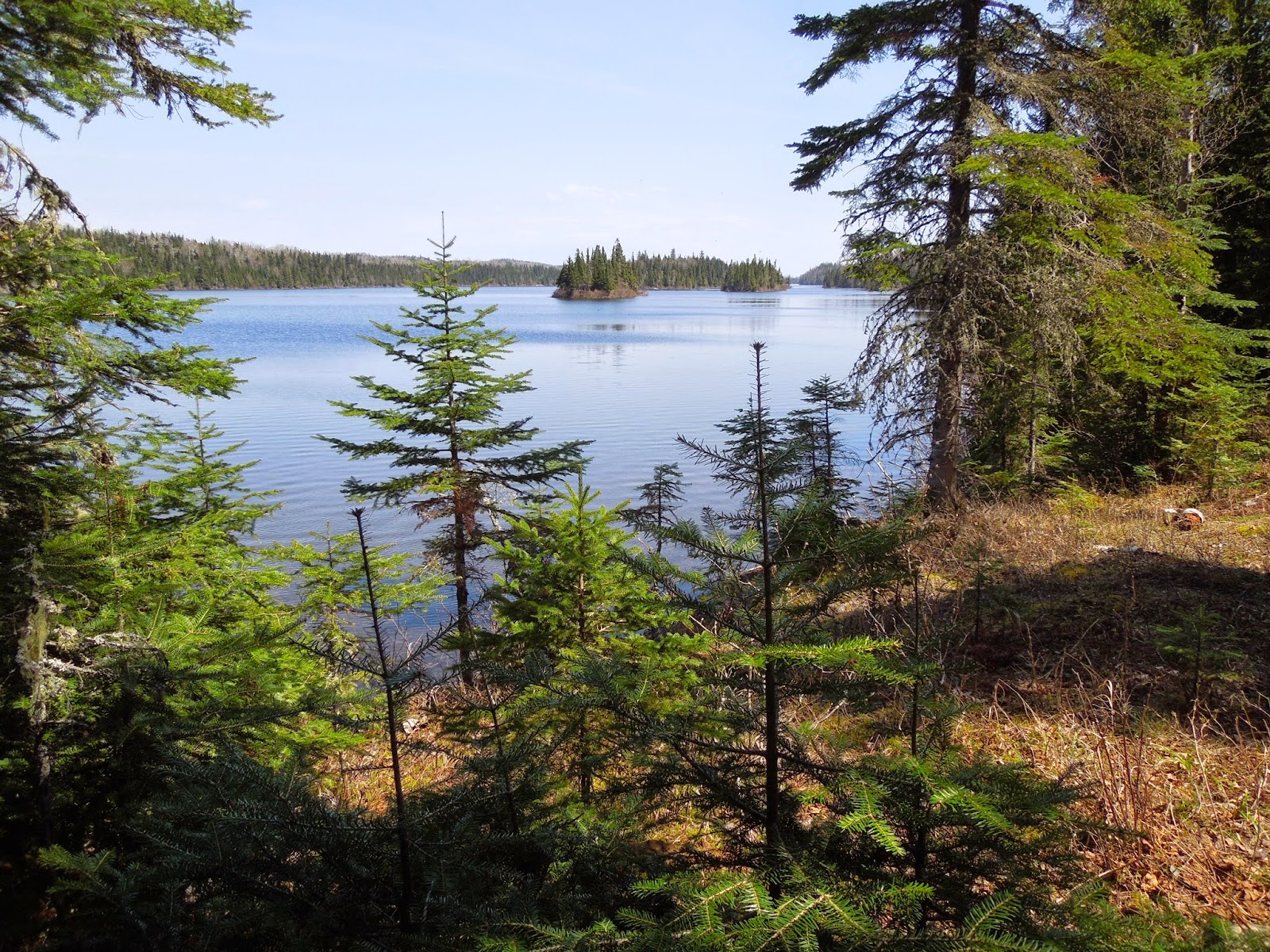 The shelter I picked (#5) had a good bit of privacy, but it was probably in the worst condition of any I had stayed in.  The wood floors and walls seemed to be damp, it hadn’t been swept out, and a previous occupant had left toilet paper and paper towels up on the side boards.

After unpacking, I headed down to the store to see what they offered.  As others have commented, the store seemed to be supplied pretty well with lots of stuff for camping.  I picked up (and paid for) a sweatshirt for my wife and then headed back to the shelter for dinner and relaxation.  Unlike some others, I didn’t really have a craving for snacks and soda.  Maybe because the Mountain House dinners tasted better than my self-prepared Paleo meals at home. :) 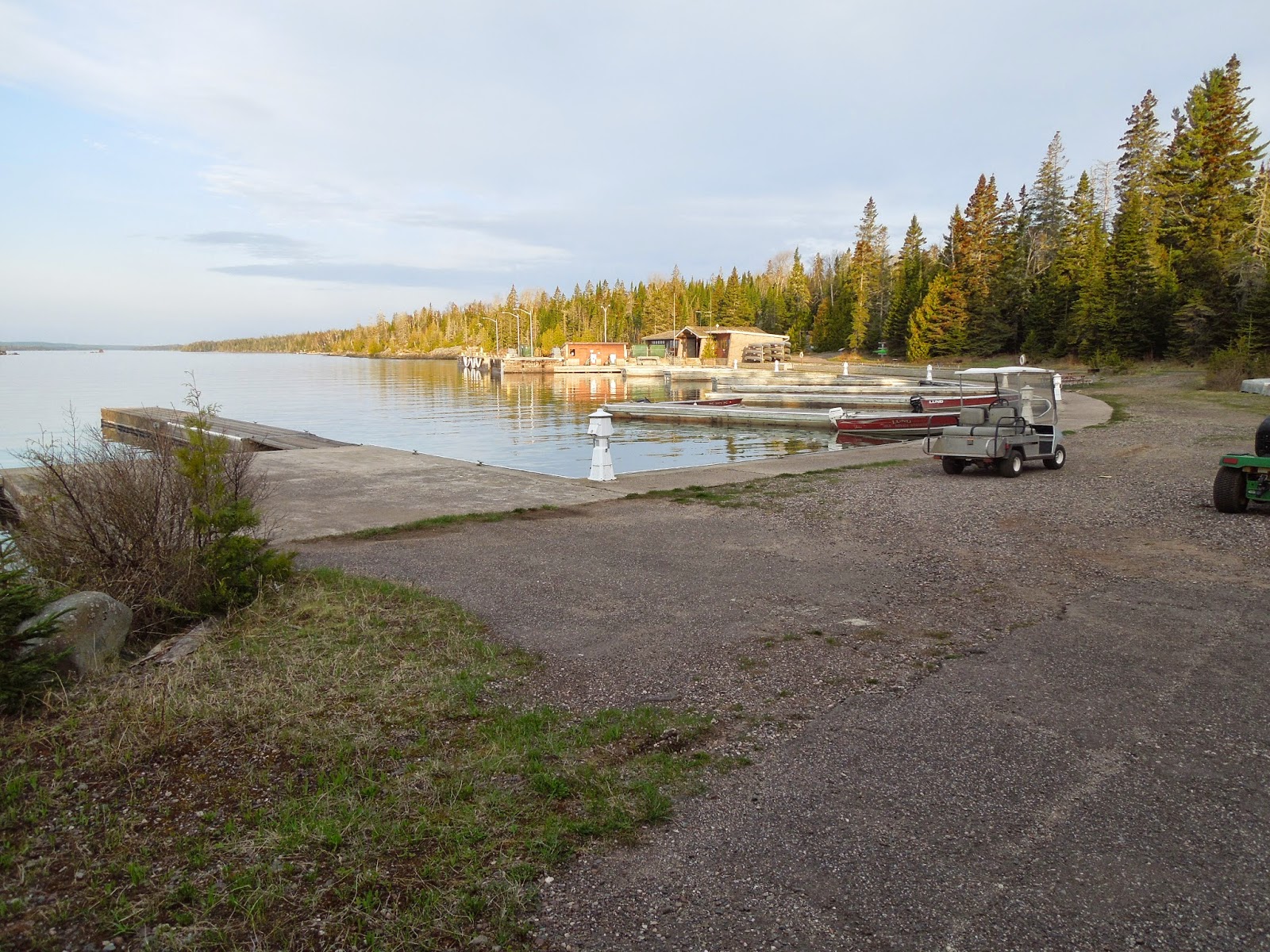