When I woke, there was a lot of condensation on the bug netting, and it was hanging pretty close to the quilt.  When I would roll over, the quilt would actually touch the bug netting.  Fortunately, the condensation was never bad enough to cause the down in the quilt to dampen noticeably.  During the rain, I packed everything but the tent and ground cloth (for the vestibule) into the pack in the vestibule—without getting out of the tent.  The rain lightened, and I climbed out, took down the tent and ground cloth, shook them off, and packed them up.  I was using a trash compactor bag to keep my quilt and unused clothes dry, so I wasn’t worried about them getting wet.  I ate some granola and blueberries for breakfast, along with some dried milk (Peak full fat) and chocolate malt (Ovaltine) mix.  The chocolate milk tasted like store bought fresh.  Then I started on the trail in my rain gear.

This was the coldest day of my trip; it only got up to 46 degrees according to TWC.  I took a chance and kept my light down jacket on under my rain jacket.  I was worried that rain would get in through my hood and get the down soaked, but it didn’t.  I used rain pants and had a backpack cover too.

My choice of gloves was lousy.  I used a light liner glove inside a synthetic shell glove.  At first, this was fine.  I knew the shell wasn’t waterproof, and so wasn’t surprised with the wet hands.  It was a little chilly at first.  When I hit the Greenstone, the wind seemed to be blowing at about 15-20 mph, and it was cold.  It was cold even in my rain jacket and down jacket.  But my hands were icy.  Finally, I took off the wet liner gloves and wore only the synthetic shell gloves (they actually have a thin nylon liner).  My hands warmed up!  I concluded the liners must have been cotton.  I put them in my pants pocket to dry and never used them again.

The trail all morning was covered in fog.  So was the Greenstone.  And the wet rocks, especially the large flat ones, were pretty worrisome.  When I came to the tower, I couldn’t see more than 20 feet away, so I just ate a snack and then headed down towards Daisy Farm.  On the downward trail, I did slip and fall once.  It was on one of the slanted, large wet rocks.  I had become over-confident of my footing, and I just slipped.  Fortunately, I landed on my pack, so nothing was hurt.  But I was extremely careful after that, and never fell again. 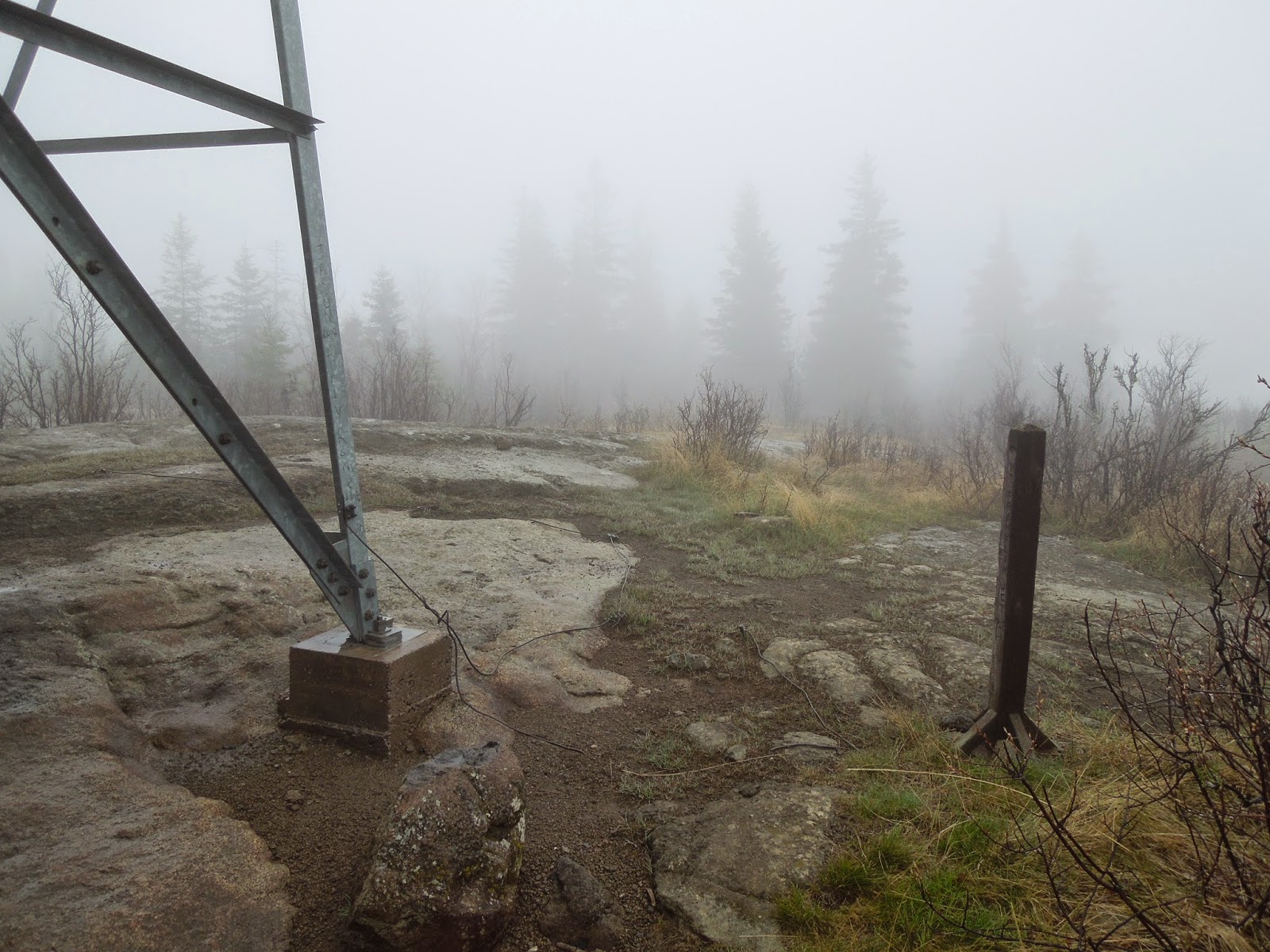 I did encounter two gentlemen coming up the trail from Daisy Farm.  They were just doing a day hike.  I warned them about the cold, windy conditions up on the Greenstone, but they seemed to dismiss my warnings and stated they only had a short ways to go on the Greenstone.  I think they changed their mind, because the next day when I went up the Daisy Farm trail to the Greenstone (the way they would have returned), I didn’t see any footprints indicating passage down the trail.  It was muddy everywhere and you could pretty much track everyone and everything. 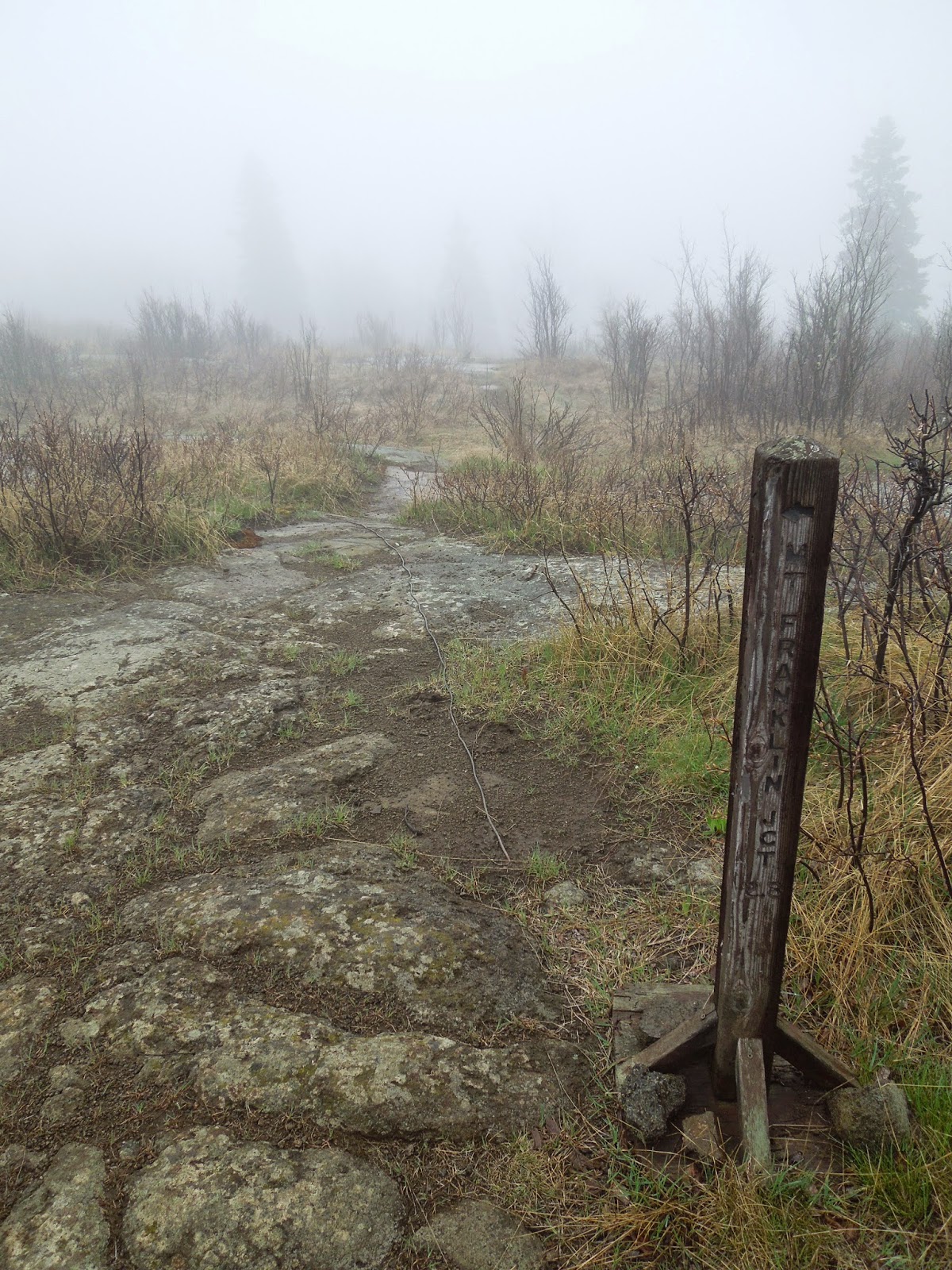 I was looking forward to a shelter at Daisy Farm and the chance to dry out my tent and ground cloth.  The shelter I wanted was open (the westernmost shelter), so I took off my pack, put the permit on the door handle, and hung up the tent and ground cloth on the boards in front of the screen front.  The shelters were a bit nicer than I had expected.  I also wondered how individual hikers had gotten the picnic tables into the shelters on their own.  I’m not sure I comprehend the benefit anyway.  I can sit on a floor, especially with a pad.  The pack can be leaned against a wall (at least with a traditional pack), and you get a very comfortable way to sit inside.  Some folks mentioned the tables are kept next to the shelter under the front overhang.  That’s true in some places, but in others, rocks keep the tables out away from the shelters. 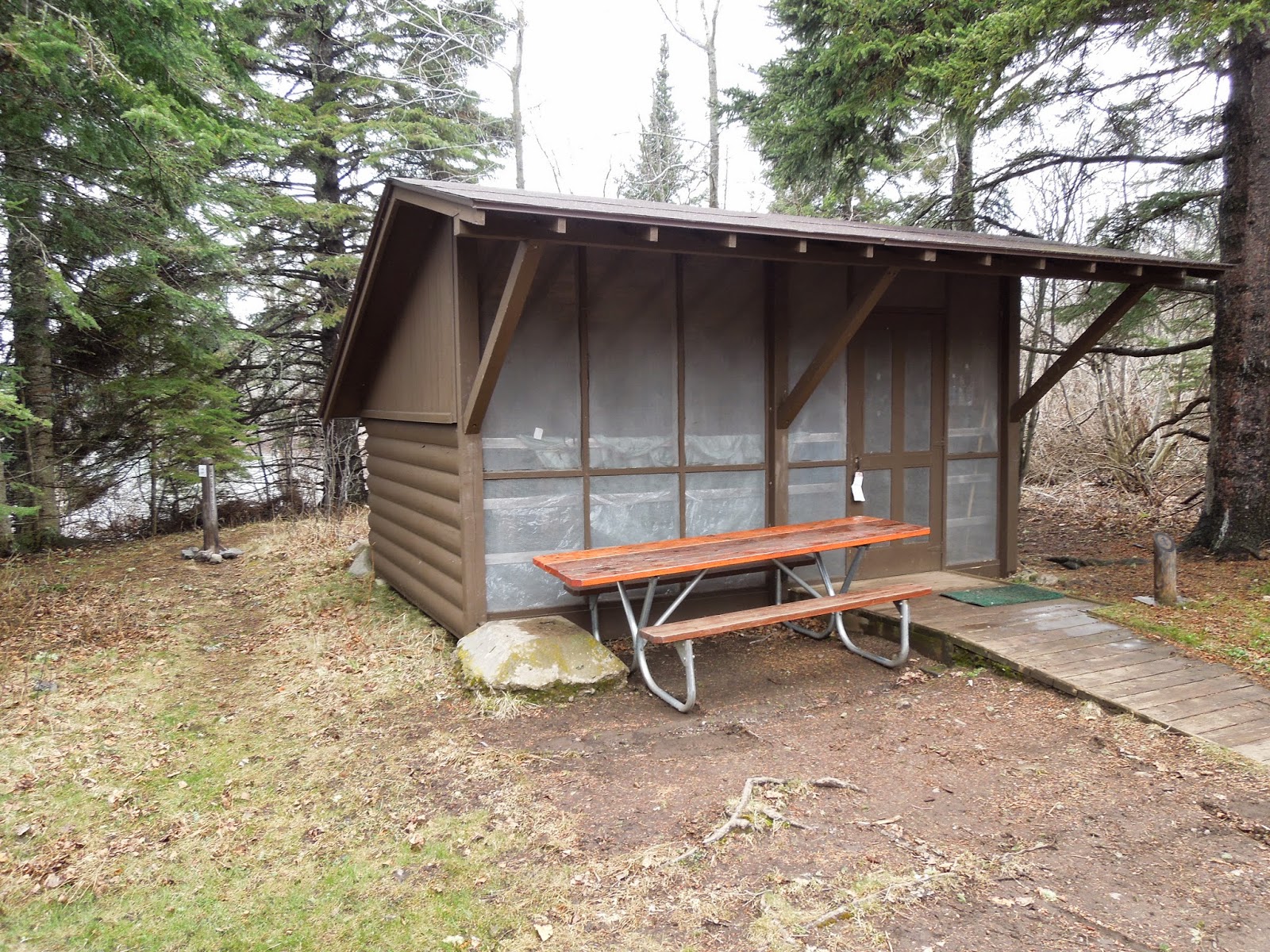 I went down to the pier to filter my water, and didn’t see anyone.  But I also didn’t explore the other sites here to see whether they were occupied.  I also used the privy for the first time.  These are nice compared to the out-houses I occasionally used when growing up.  The metal can and seat lids were clean.  I found toilet paper in all the privies on Lake Superior sites, but none in the inland campgrounds. 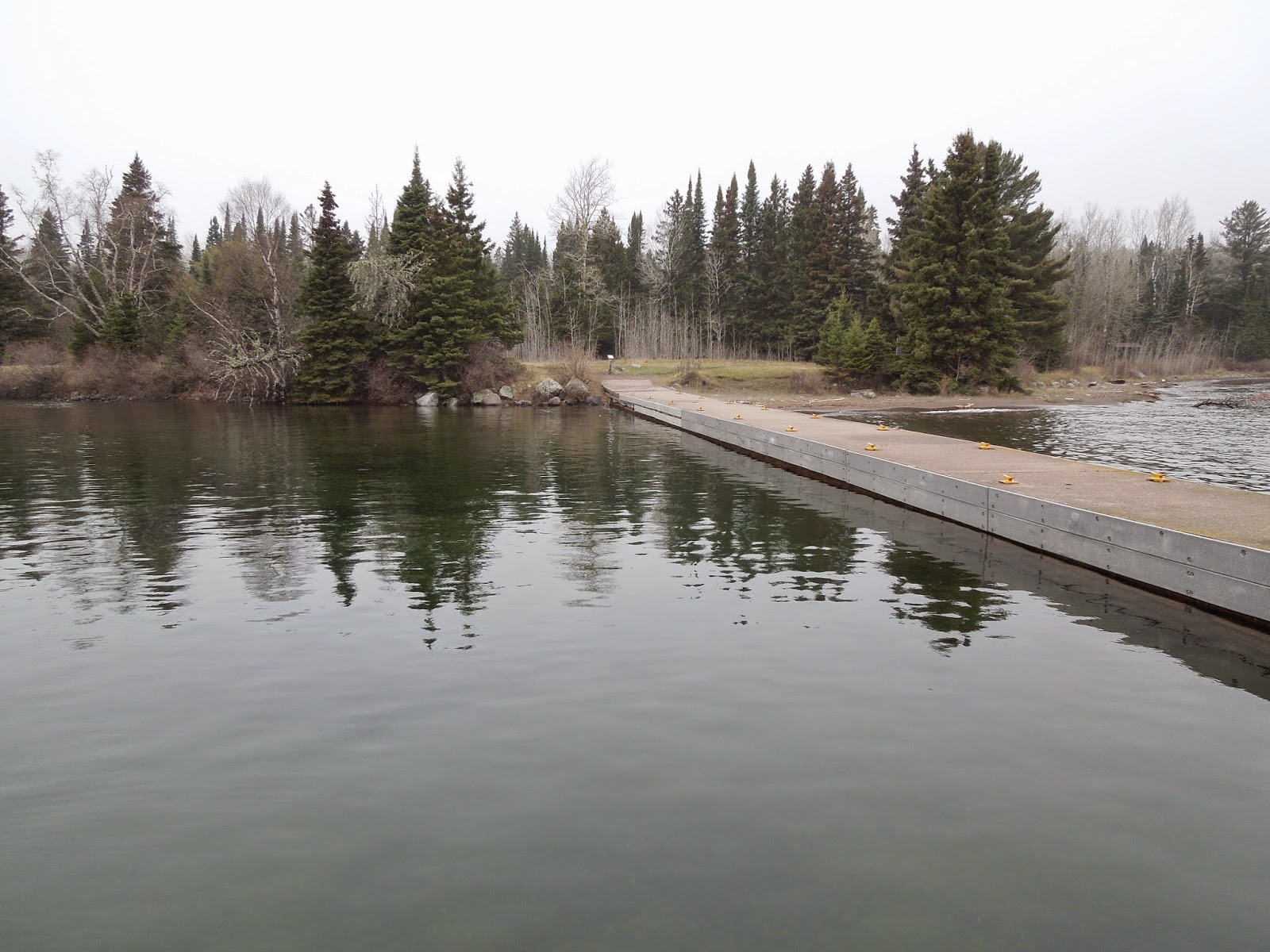 I did some reading before hitting the sack.  About midnight a big thunderstorm hit the area.  The flashes and booms were about as bad as I’ve seen.  Two sounded like they must have hit just feet from the shelter.  I kept hoping no trees would come through the shelter roof!  As the thunder and lightning faded, it started to hail, very loudly.  That faded shortly and normal rain began.  I was glad I wasn’t in my tent.  By the time I awoke the next morning, the rain had ended.
Posted by CipherGB at 9:09 AM