I actually slept well in Mariner North.  I was pretty worried about island conditions but excited about the trip, and hadn't expected much sleep.  Anyway, I got up early and packed the car.  I got to the Queen’s parking lot about 0700 (a grassy field), and carried my pack over to the pier.  The Queen allows a small carry-on, so I had my two water bottles (Dasani to save weight from the older Nalgene) in a small stuff sack.  They let me carry my shortened carbon fiber trekking poles with me on the boat.  A sign said the office would open at 0715, so a bunch of us were waiting.  It didn’t open till about 0735.  The Queen staff appeared to be loading the boat with their equipment and consumables from about 0730.  By 0800, it looked like there were about 10 groups or parties, mostly two-people each, going to IR, for a total of about 20.  We boarded a little after 0800, and the Queen departed about 0815.  The lake was smooth with some fog.  I had taken a Benadryl tablet (same active ingredient and amount as Dramamine), but it didn’t seem necessary.  The ride over took 3 hours 30 minutes, and we arrived about 1145. 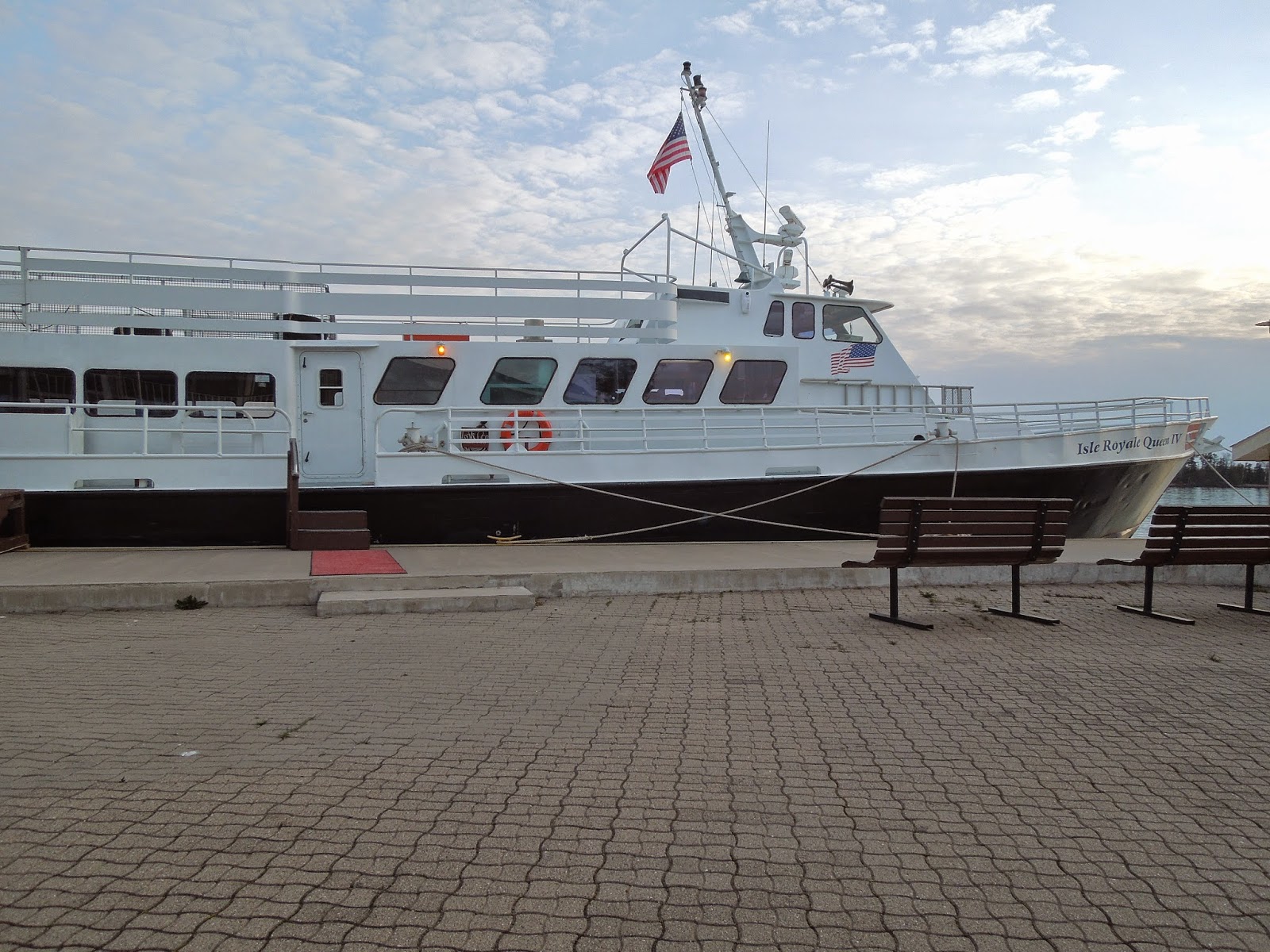 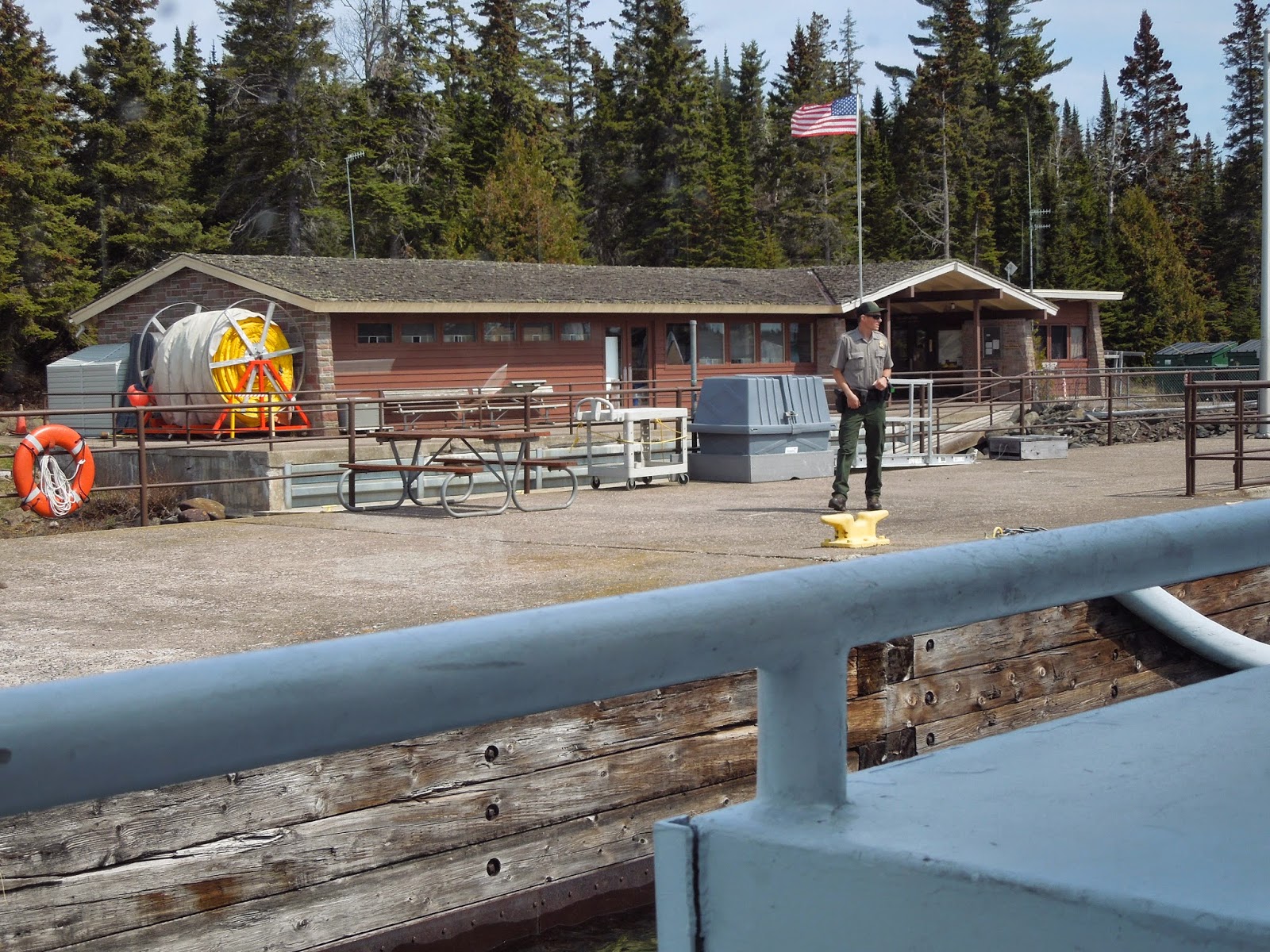 There were three rangers on the dock, two in short sleeves.  But when we stepped out, there was about a 10-12 mph wind, and it felt like upper forties or lower fifties.  We all kept our jackets on.  The rangers asked us to step into the station after we got our packs.  For some reason, most did not.  They hadn’t turned on the water, and the restrooms were still locked tight.  After quite a while, one ranger called everybody in.  The leave-no-trace (LNT) briefing was really a trail conditions briefing.  Guess they figured anybody there early in May was familiar with LNT.  They stated no trail clearing had been completed except from Rock Harbor to Three Mile, and they didn’t know the interior trail conditions.

We stood in line to get our permits (we had to specify our campsites and when we would be there), then we all scattered.  I was the only one that stayed and filtered water for the trail.  Maybe the others went to the Ranger residence, claimed shelters, or stopped along the trail.  A couple of kayakers put their kayaks in where I was filtering water, and we talked for a couple of minutes.  I saw them again later at Moskey Basin, but never did get their names.
Posted by CipherGB at 8:19 AM