After my backpacking trip to Isle Royale in May 2014, I was very interested in doing additional trips, but with a lighter load.  I had started investigating ultralight (UL) backpacking before the IR trip, but had insufficient time for a proper conversion or tests with lighter equipment.  My base weight on that trip was around 17 ½ pounds, and with consumables, I was carrying up to 35 pounds in my pack.  It was drastically more comfortable than the 45-50 pounds I carried years ago in the Adirondacks.  And I wanted to see how much more comfortable I could be carrying under 10 pounds base weight.

I did a lot of research, ordered lighter equipment, and did test hikes and overnight backpacking trips in some Texas state parks.  I did lots of research on BackpackingLight.com, and finally decided to take one of their courses, WT2-ULB.  I had a few objectives including testing out my new equipment on a longer trip, learning precautions for grizzly country, seeing what it is like backpacking with others (I’ve always gone solo), trying out backpacking at high altitude in the mountains, and learning backpacking and ultralight tips from an expert.

Obviously, there’s a lot I haven’t done in backpacking, and I was really looking forward to the course.
I signed up for the intermediate course even though I had some reservations about my abilities.  I hike pretty slowly (~2 mph on average), had never hiked above about 3,000 feet, and I expected to be older than most, if not all, of the other hikers.

As prep for the trip, the instructor had us take Ryan Jordan’s boot camp online.  We also posted our gear lists and weights on a shared online spreadsheet, and emailed each other with questions.  A couple of weeks before the trip, we were given a tentative route for the hike.  It would be in the Absaroka Beartooth Wilderness of the Custer National Forest. 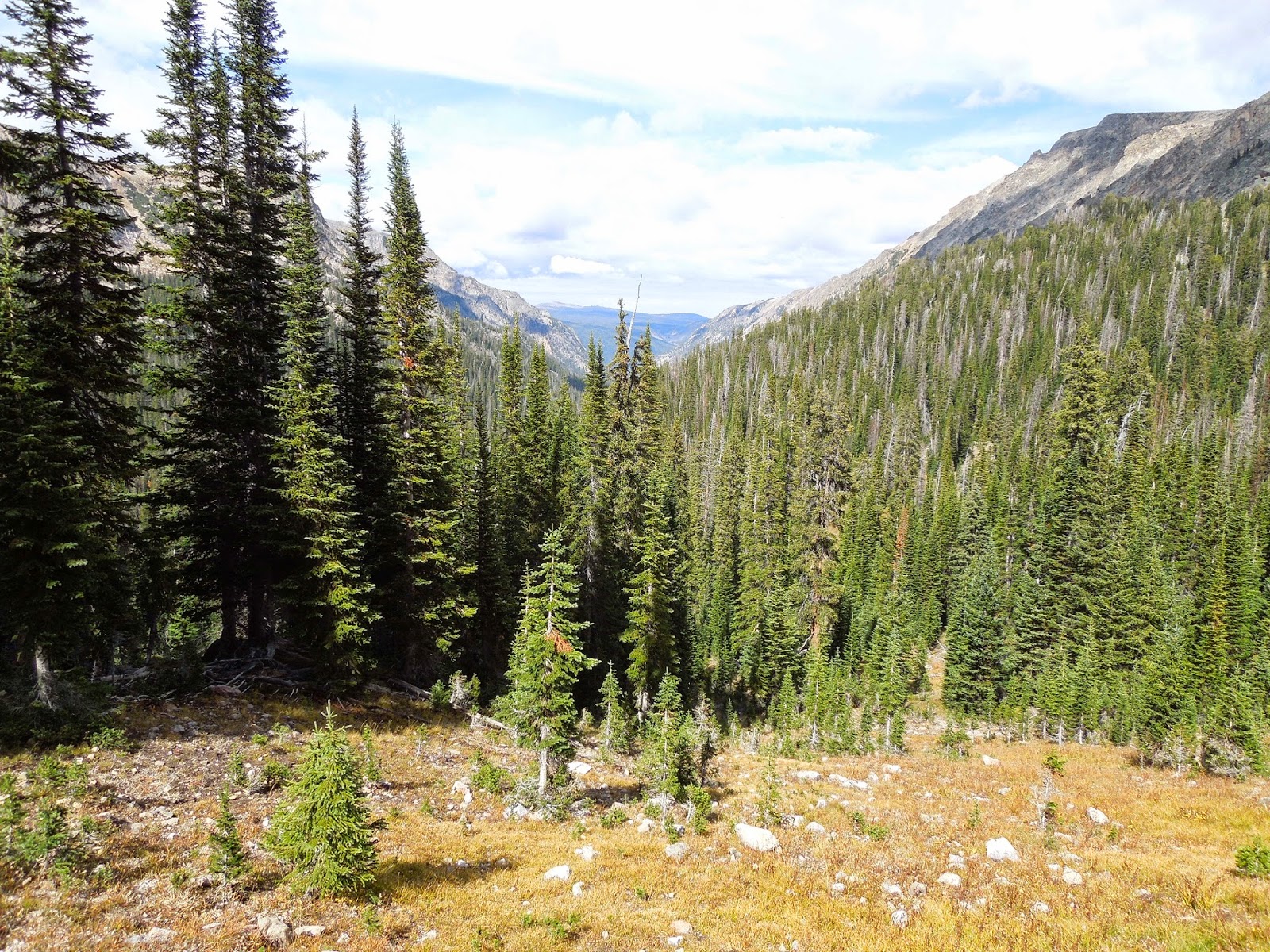 The backpacking trip was to be six days and five nights, and appeared to be pretty low mileage.  We looked at the route on Google maps and it went from about 6,500 to 11,000 feet.  Some was on trails, some was not.  And there was a pretty steep descent to get out on the last day.  Since I wasn’t sure of my abilities, or actually how difficult the trail would be up close, I didn’t question the mileage.  It turned out, that the plan was to see how we did as we climbed to the plateau, then determine alternate routes and side trips.  So we ended up going about twice the distance shown on the draft route.

At this point, I want to point out that I won’t be providing precise locations or people’s names for a couple of reasons.  One, I don’t want to infringe on the property rights of the course operators.  And two, I don’t want to potentially intrude on the privacy of the other attendees.

To avoid having to add this info to the actual hiking days, I’ll mention getting to the trailhead here.  I decided to fly rather than drive to save a couple of vacation days.  Turns out I wasn’t thrilled with all of the TSA requirements and the small overheads on the ‘commuter’ aircraft from United.  My backpack was 23” tall instead of the 22” that fit in the bins, so I put most everything in a nylon duffle and paid for it as checked baggage.  I also carried a fanny pack with a few things TSA didn’t allow in checked baggage.  If I had to do it again, I would drive.

But I flew into Bozeman MT on 20 September and looked for a taxi to the hotel.  They don’t have taxis at the airport, but luckily I noticed the Holiday Inn had a shuttle.  I only had to wait another 45 minutes to get to the hotel.  Once there, I repacked my backpack, had a snack, and went to bed around 11:00 pm.  I got up, had breakfast in the hotel restaurant, and was ready for pickup by R1 at 0800.
Posted by CipherGB at 7:04 AM