The trail was rough as usual. The Greenstone Ridge was mostly blow down but some bogs. The portage trail down to Lake Ritchie and then to Moskey was mostly due to mud bogs. The first portage I passed was completely filled with blow down. It was a short steep path down to the lake. I didn't see any way of getting a canoe or kayak up that path.  If I was a paddler and hadn't been warned by the Rangers I would be pissed. Unlike last year, I saw no one with kayaks. Actually I didn't see anyone on the trail today.

There was a bit of sun, but it never got very warm. With all the poor footing and wet socks, I got some hot spots on three toes. I stopped three times and used lots of Foot Goo. This never happened on the AT!  However, the hot spots never became blisters. I also got stabbed once while bushwhacking, enough to draw blood from a finger. Normally I would get stabbed where I am wearing clothes.  The strong Houdini wind shirt really saved my merino base layer while bushwhacking.

I saw another woodpecker today. This one had a black body and a red head.

I also saw another cow moose. I was half way across a plank walkway. These walkways are made of about 2"x10"x10 foot planks strung together over real bogs. I couldn't get off the walkway without getting VERY wet and muddy. The moose was crossing about 4 planks ahead. I stupidly said something comforting to her and she ran off.  I walk the walkways with my trekking poles in my hands and there wasn't time to get out my camera.

I was a little worried that the Moskey shelters would be full. No one was camping at Lake Ritchie. Where was everybody?

With true dark falling about 10:00 pm I got there with plenty of light. Maybe three or four of the shelters were in use. Everyone was hanging wet tents. I got a good shelter, the one at the far end.

I actually made dinner on the picnic table. It was getting cold but not too bad. Several ducks or loons were on the basin. I should have mentioned hearing loons every where. A couple of canoers crossed the Basin while I ate.

The night was miserable. My left leg ached and I turned back and forth continuously. I usually do that a lot, but not this bad. I think I finally got a few hours sleep starting at 2:00 am. 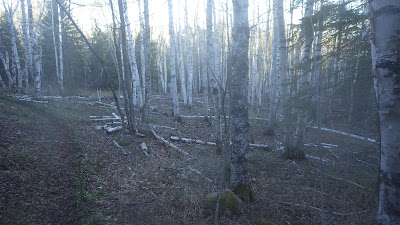 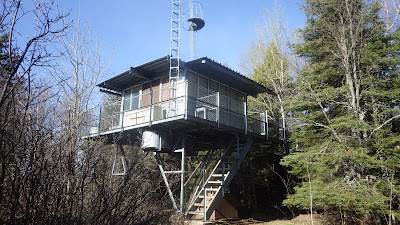 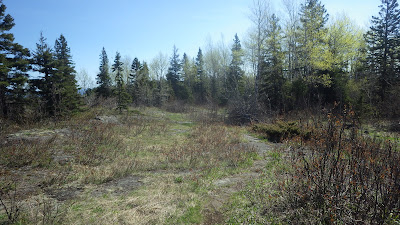 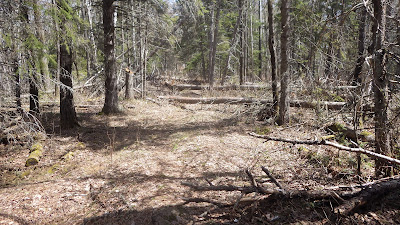 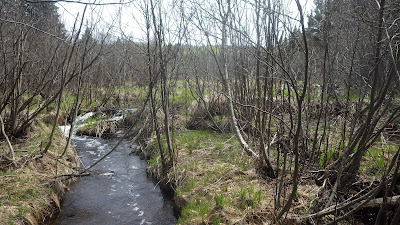 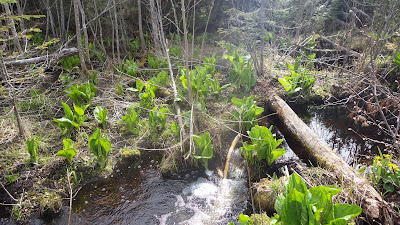 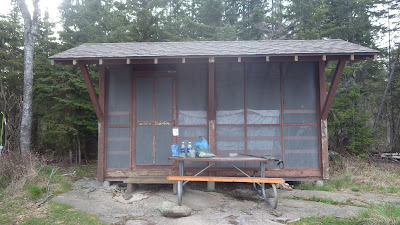 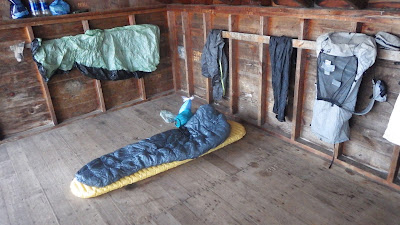 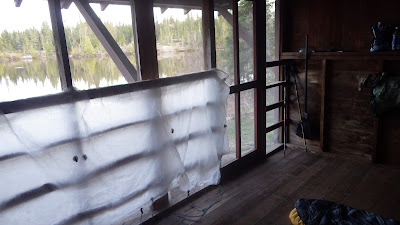 The End
Posted by CipherGB at 5:52 PM