We needed something to do before heading out west later in the week for hiking and other various activities.  My wife had learned about the Cheyenne Mountain Zoo in Colorado Springs and it sounded pretty interesting.  My sister took a day off and came along.  It took them a while to get up and ready, so with the rather long drive, we didn't get there till about noon.  The zoo closes at 5:00 pm and it takes 4 to 5 hours to see everything.

The zoo admission includes access to a monument a mile up the road, through the zoo.  But the road access is closed at 4:30 pm.  We waited till we were about to leave to do it, not aware of the early closure time.  So we didn't see the monument except from a distance.

The zoo is built into the hillside, as its name might suggest.  And it gives you a good day of walking to see all the exhibits.  There's also a lift that goes up to the top of the zoo grounds.  It's an extra fee, but probably worth it.  You get a really nice view of the city and countryside.

Here's a map of the zoo: 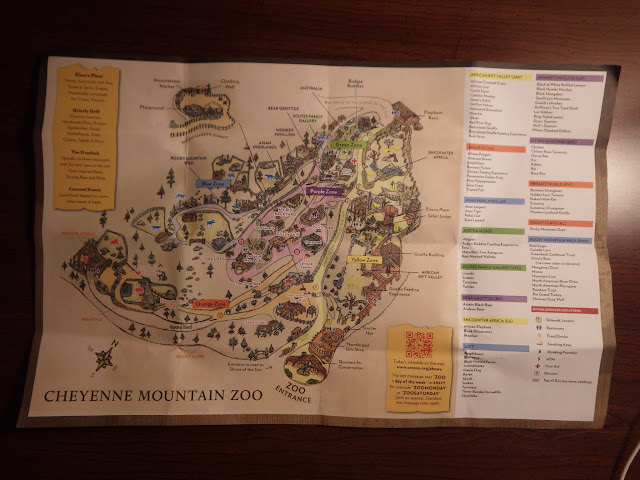 We took the lift early in case rainstorms came in that were threatening.  Here's a couple of shots from the lift: 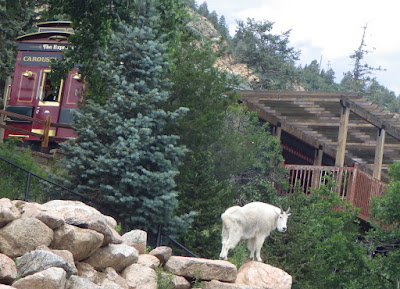 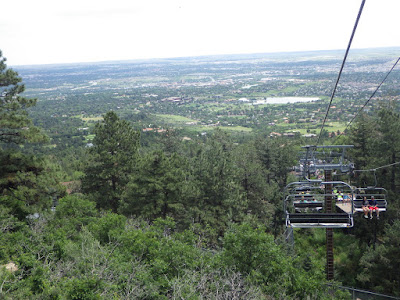 We started the tour with the yellow zone, Africa. 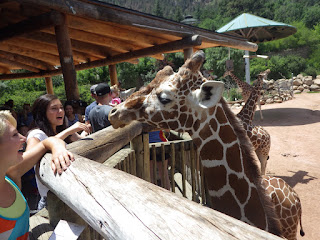 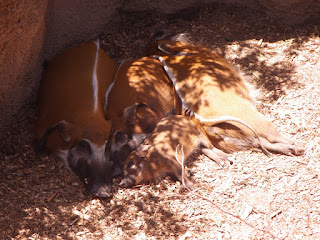 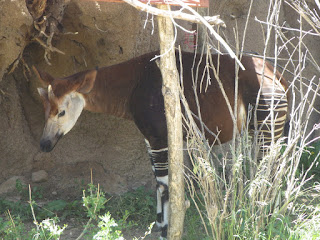 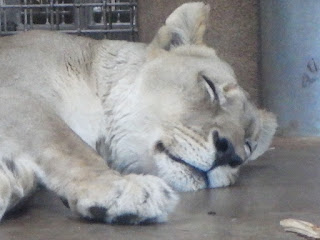 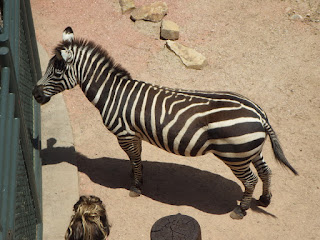 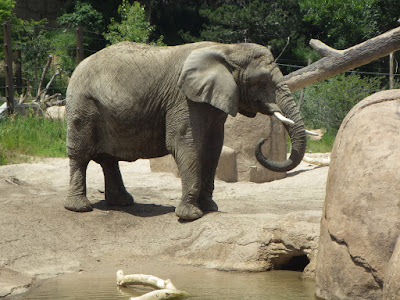 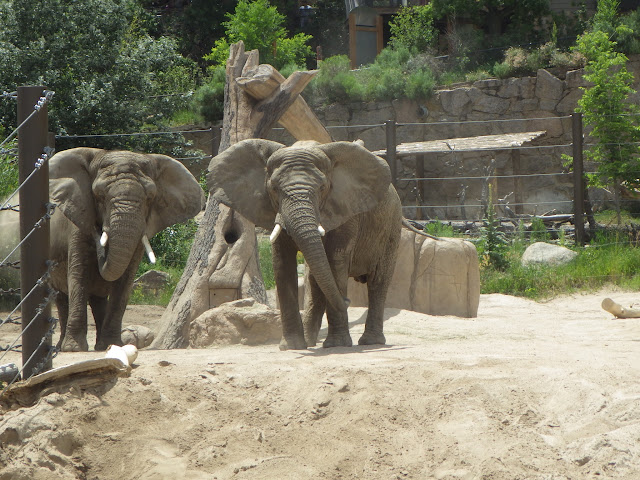 Their giraffe section has a lot of giraffe's.  When I get home, I'll post all the photos in a slideshow.  But I also wanted to highlight that they had a breeding bull separated from the others.  Here's a shot of him from up close. 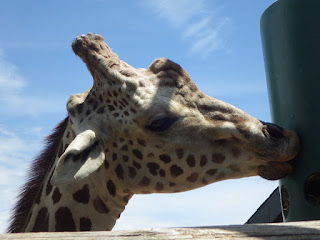 From Africa, we went into the green zone highlighting Australian animals.  Here are a few of those photos.  Forgive me if I mix up some of the regions! 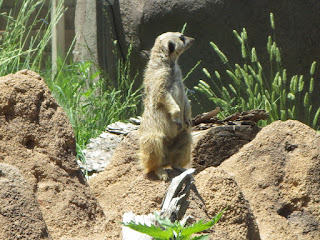 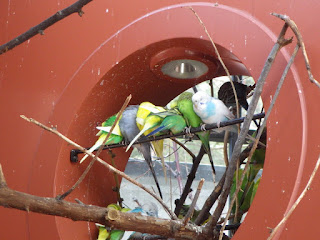 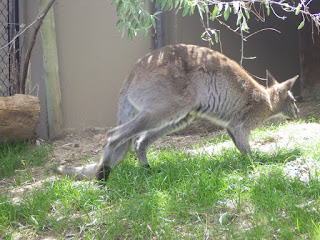 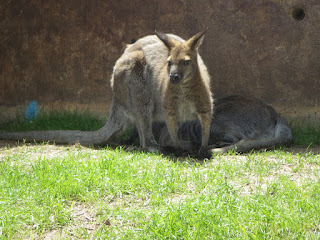 I think reptiles were next, so here are those shots. 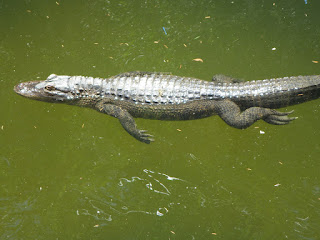 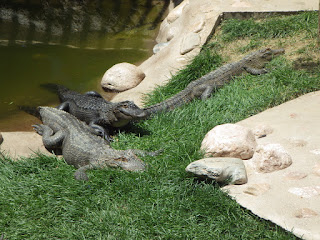 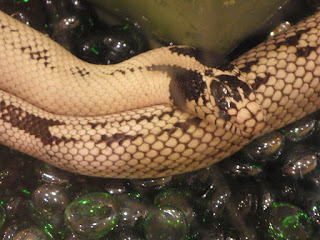 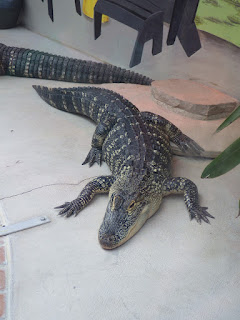 We stopped somewhere around here to eat at their main restaurant.  You should be warned about the prices.  They are not subsidized, so you pay for all zoo operations, including when buying food and drink.  Except for a slice of pizza, I did not see any lunch items under $10.  You might want to consider bringing your own water if you are on a tight budget.

I think the Asian Highlands section was next.  But if I remember correctly, most of the viewing windows were too poor to get good photos through.  Most of my next set of photos came from the American section. 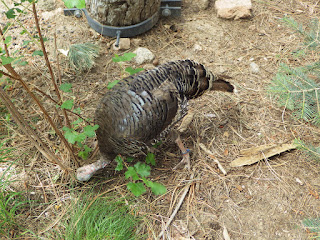 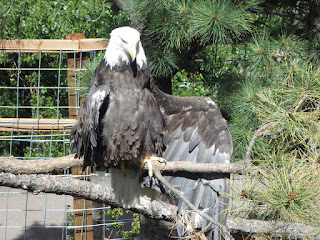 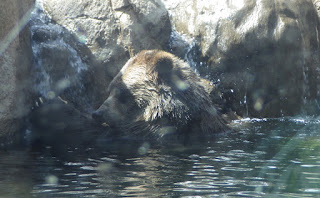 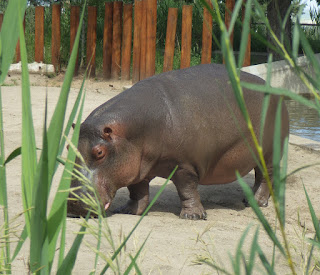 When we got to the hippos, my Ricoh WG-4 camera battery died.  I had to switch to the iPhone for the inside shots of the hippos and for the monkey/ape section.  I almost never use my iPhone for pictures, and those came out terrible with the animals pretty uniformly dark.  So you won't see those photos here.  I will say though that the monkey/ape section was fantastic, like most of their displays.

I like zoos, animals, and photographing them.  For me, this was a terrific day.  I ought to mention that in the past I've always used Canon DSLR's.  I love the ability to use the full zoom on those cameras.  If I wasn't on a trip with some hiking, I would have brought the Canon.  The Ricoh is nice, but it's pretty limited in it's zoom ability.  On the other hand it is waterproof and I don't have to worry about protecting an expensive camera (though the Ricoh isn't that cheap either).

Have a good day!