We decided to take a family vacation, visit my sister up near Denver, and do some outdoor activities along the way.  My wife isn't a hiker, and she has some difficulties with altitude, so the next couple of weeks won't be any intensive backpacking.  And we'll do a bunch of things that won't be covered in this blog.

But today we did a couple of short hikes at the Capulin Volcano in New Mexico.  They say the last eruption was about 60,000 years ago, so most of the rock is covered now with vegetation and small trees.  The base of the volcano is around 7250', and the peak is around 8280'.  But they have two loops at the base, the one mile Lava loop and a two mile Boca loop.  There is a paved trail around the top of the volcano (1 mile) and a short paved trail into the cone (0.2 miles).  The only way up for visitors is by the paved road that circles the volcano.  We did the trails at the top and the Lava loop at the bottom.  I figured it was about perfect for my wife.  The trail up at the top has a bit of up and down, but its only difficult if you have trouble with the altitude.  Here's a shot of the logged trail from my Explorer. 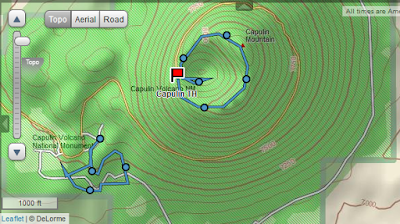 The paved trails at the top were a bit of a disappointment.  But understandable given how busy the site is and how many people they have going around.  Actually, it was nice pavement for hiking:  rough and not too wide.  They say you can see three or four states.  But I didn't pay too much attention to the plaques with the horizon descriptions.  There's another, pretty flat volcano, I think towards the east.  And some mesas in the other direction.  But really the landscape is not very rugged around the volcano.

Here's a shot of the volcano from the lava trail. 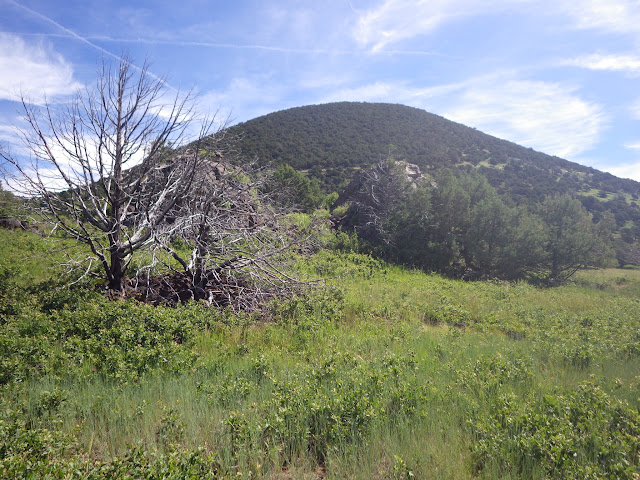 And here's one of the plain towards the south from the Lava trail. 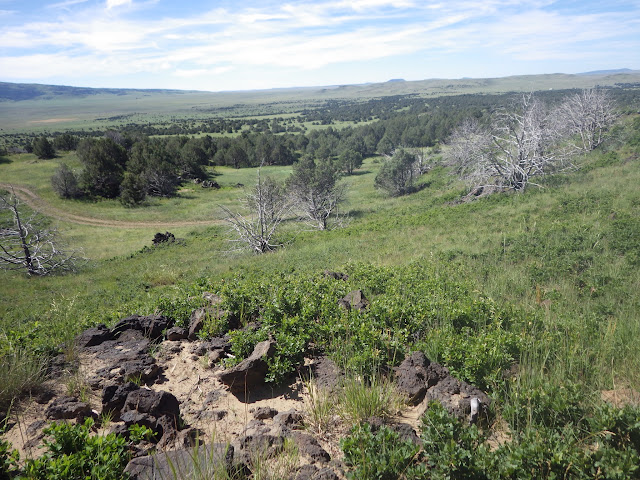 Here's a few shots from the rim of the volcano. 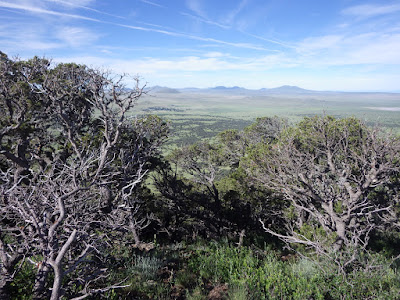 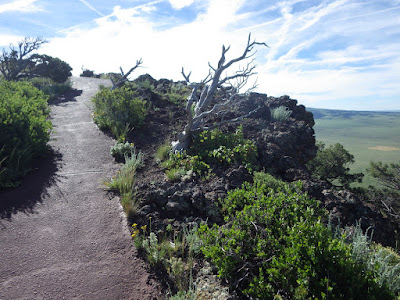 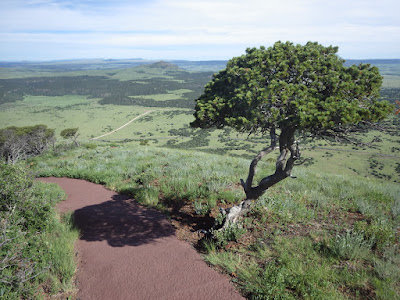 We saw a bunch of lizards, maybe one marmot or groundhog (wife only, so I cannot confirm).  Here's a shot of a lizard that seemed to pose for a shot right at my feet. 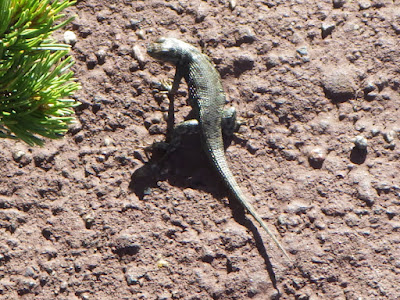 And that's about it for the volcano.  If you have a couple hours, its a very nice place to visit.