Friday, May 22, 2015 (actual day on the trail: 13 including 1 zero in Hiawassee and 1 Zero in Franklin--my best estimate of what an uninterrupted hike would be) 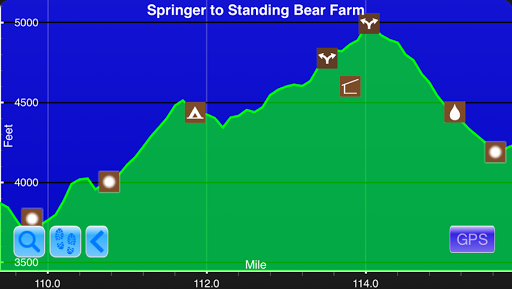 As I promised I took it easy the first day back. I was actually surprised the ankle held up. I went slow and carefully, and I stopped for breaks every hour. Every time a muscle tweaked I panicked, then realized it was just the normal muscle reactions to the trail.

The trees have filled in and there wasn't much in the way of views. Siler Bald didn't look bald from 0.2 miles down. Should have gone up but decided to take it easy and skip the side trail. This was a nice section to test the ankle. One of the easiest stretches yet.

I camped in a picnic area with three concrete picnic tables.  It was a bit noisy as it was near a parking area, and the road up to the next bald.  But there wasn't anyone else here.
Last night I stayed in a Hampton Inn in Montgomery AL. There were bedbugs in the room in Franklin and I wasn't going through that again. In fact, I wasn't impressed with Franklin. For someone with a sore ankle, it's hills are close to my vision of hell. I tried to switch hotels, but the others had no rooms free due to a gem show. When I called on a Friday to get a rental car I was told they wouldn't have any cars till Monday.  Today, my ride back to the trail from Franklin took me 15 miles in the wrong direction before noticing the error.

Anyway the drive through Atlanta this morning during rush hour actually went pretty well. But I left Montgomery at 0400 to hit Atlanta early.

I saw a couple of unusual wildlife today. I have a picture of the snail. I think I saw two dead moles on the trail. One had its head chewed and the other its rear. Not sure why whatever got them didn't eat them.

More bugs now. The permethrin seems to be working on most. But no-seeums keep crawling across my hands while I type.

Its only 5:42 and I'm finished with dinner and just about with the blog. What to do?  Have s good evening! 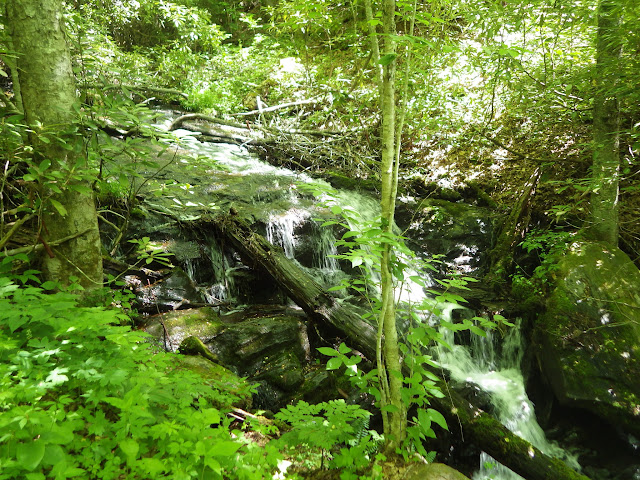 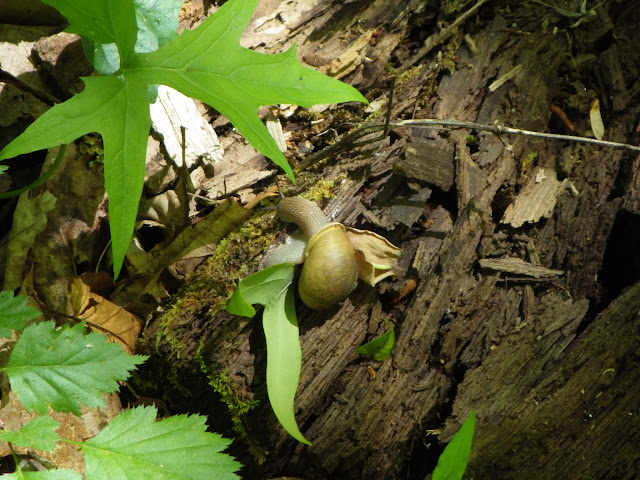 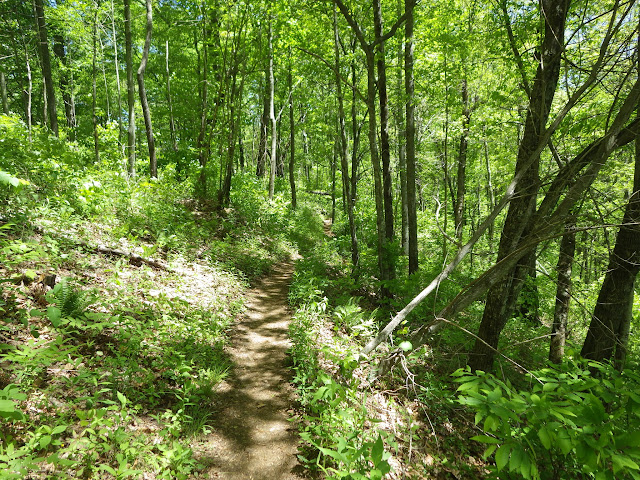 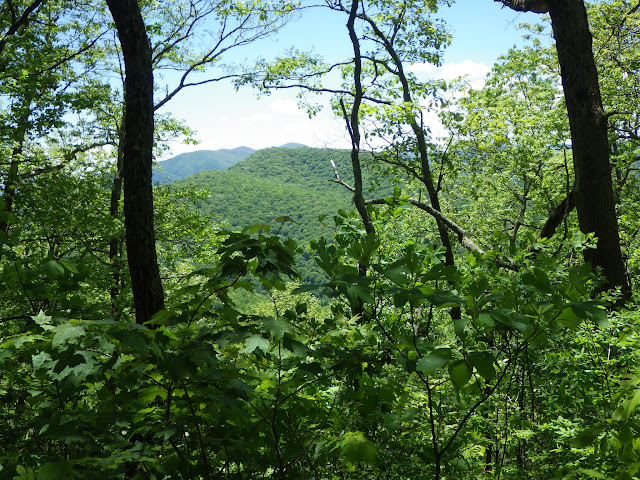